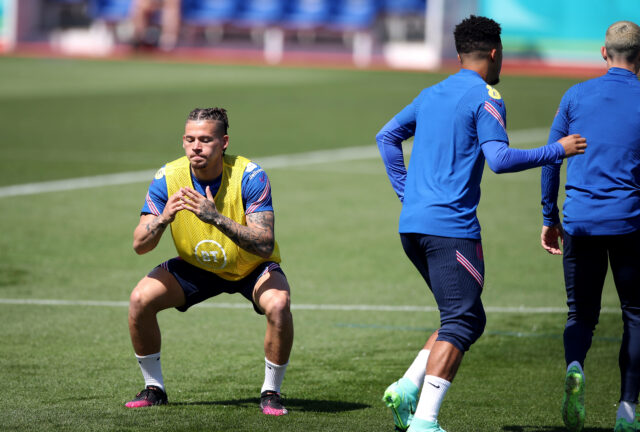 According to reports from TuttoJuve, Serie A giants Juventus have set their sights on Phillips who impressed during England’s 1-0 victory against Croatia.

Leeds are demanding £25 million for the talented midfielder, and it is very well within the budget of Spurs and Juventus.

The report adds that the likes of Manchester City and Real Madrid are also keen to get Phillips on board.

Phillips has developed into one of the best defensive midfielders in the Premier League, and it comes as no surprise that big clubs are taking keen interest in him.

He has been simply outstanding for the Whites over the past few seasons and impressed heavily in the Premier League last term.

Phillips has already made a strong impact in Euro 2020, with his performance against Croatia earning him rave reviews from fans and pundits.

The 25-year-old academy product is enjoying his best football at the moment, and Leeds have no intention of selling him.

Moreover, the price quoted for him is ludicrous. Leeds are expected to demand at least twice the amount if he decides to move on.

If clubs like Madrid or Man City come calling, Phillips will be tempted to move on, but joining Tottenham doesn’t make sense.

Spurs will be looking to bolster their midfield this summer, and Phillips would be a fantastic addition. However, the chances of getting him are very slim.