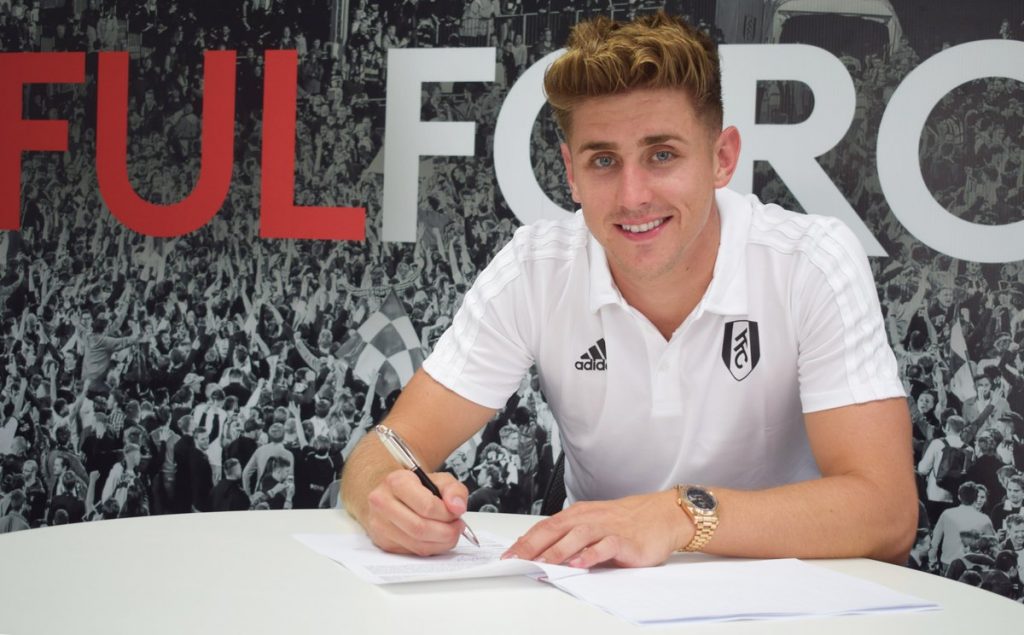 Fulham have agreed on a new deal with their captain Tom Cairney.

The Londoners have confirmed that the midfielder has signed a five-year contract which will keep him at the club until the summer of 2023.

Cairney helped Fulham secure promotion to the Premier League and the fans will be delighted to see that he has committed his long-term future to Fulham.

The 27-year-old midfielder was instrumental in Fulham’s 23-match unbeaten run last season. He also scored the crucial goal against Aston Villa in the play-off final.

Fulham will be hoping to establish themselves as a Premier League club now and they will need their best players in order to do that. Cairney staying is a massive boost to the whole club.

The midfielder was linked with a move to West Ham towards the end of last season.

Having signed a new long-term deal at the club, Cairney revealed: “I’m obviously delighted to extend my contract, it’s all I’ve wanted to do, and I’m just buzzing to get the season underway. Premier League football is back at the Cottage, and it’s great to be part of the squad that got us there again.”

Great day for the parish Mick.

Get in! Over the moon.

Wow ! Thank you for your commitment Tom, VERY MUCH APPRECIATED