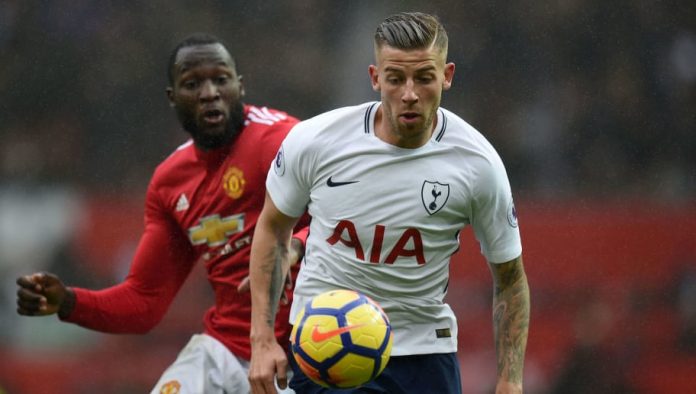 Toby Alderweireld put in a rock solid performance at the back as Tottenham beat Manchester United 3-0 at Old Trafford last night.

The Belgian defender helped contain the Manchester United attack and his composure allowed the away team to build from the back.

Despite the speculations surrounding his future, the player is clearly focused on his performances and it was evident last night.

Alderweireld was the best player on the pitch on par with Lucas Moura. Although his performance won’t be recognised as much, the Belgian was just as incredible as his Brazilian teammate.

It will be interesting to see whether the Londoners manage to keep him at the club beyond this season. Alderweireld is one of the best defenders in the world and losing him would be a major blow.

The experienced centre-back took to Twitter to send out a message to the fans after the game.

Here is how the Tottenham fans reacted to his tweet.

You were immense tonight my man, we all love you, get that contract signed! #COYS

Brilliant to have you back at your best Toby!

By far the best CB in the premier league

Well played Toby, you was immense tonight and proved for anyone in doubt just why you are one of the best central defenders not only in the Premier League but in the world.

The telepathic relationship with Vertonghen is still there and is strong as ever, rolls-royce performance.

You were an unsung hero tonight, didn’t put a foot wrong! #COYS

Absolutely superb tonight Toby. Time to sort this contract out now. Home is where the heart is ???? #COYS