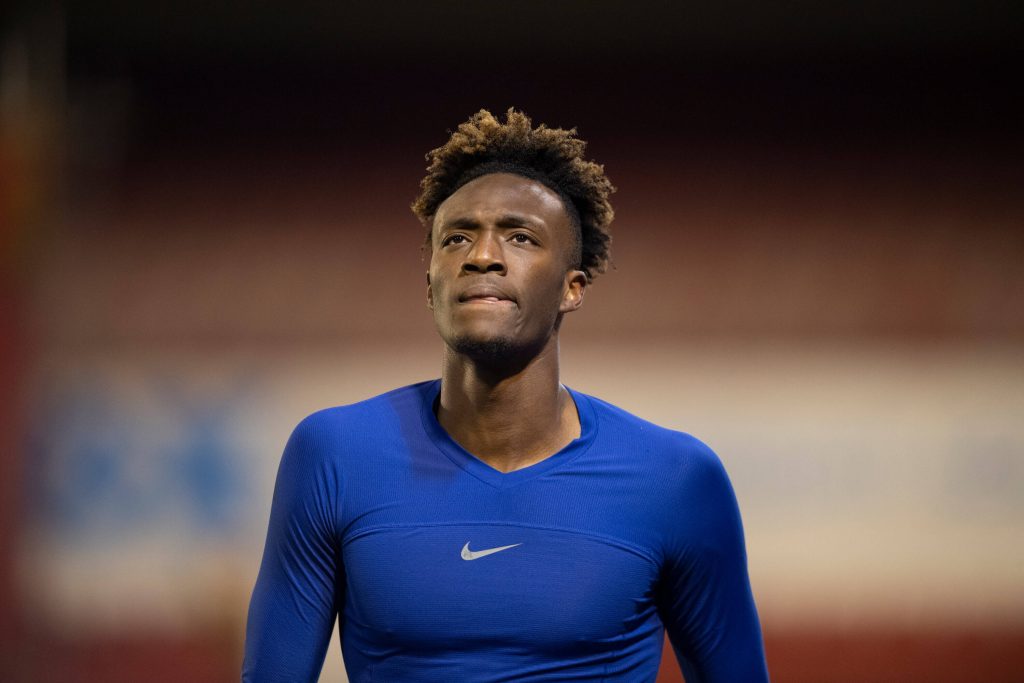 Chelsea boss Thomas Tuchel has admitted that Tammy Abraham is worried, sad and angry following his exclusion from the Blues squad on Tuesday.

The Blues faced off against Brighton & Hove Albion, looking to take advantage of West Ham United’s defeat against Newcastle United at the weekend.

However, the two sides played out a 0-0 draw.

That point was enough to send Chelsea into the Champions League spots, but only on goal difference.

One notable exclusion from the squad on Tuesday was Tammy Abraham, who has struggled for minutes under Tuchel.

Despite recovering from an ankle injury, Abraham has failed to make Chelsea’s last two matchday squads.

Tuchel has now commented on the striker’s mental state.

“Everybody is concerned when they’re not in the squad but it’s never an easy decision for me to take,” Tuchel explained, as quoted by the Daily Mail.

“I have a lot of sympathy for him and I can understand that he is worried and sad and maybe angry with me when I make these decisions.

“Sometimes we spend almost an hour talking after the last training which decisions to take and which players we have to leave at home because it’s thin margins which decide.

“Tammy has had this decision now a few times against him which is never personal but this is life at Chelsea sometimes as a player. I hope that he does not get lost in too many thoughts because he knows not to be too concerned about his situation.

“Everything he can do is stay focused and stay with belief because the situation for a striker can change in minutes. We have an important training coming up, and my decisions are not made yet.”

This has no doubt been a very frustrating period for Tammy Abraham.

Despite overcoming an ankle injury, the Englishman now finds him very much out of favour under Tuchel.

Olivier Giroud was preferred against Brighton, and if the Frenchman signs a new deal, Abraham is likely to stay bottom of the pecking order.

As a result, it does look like he would benefit from a move away from Chelsea.

Whether it is a permanent or temporary deal, there would be plenty of clubs ready to snap Abraham up this summer.

Aston Villa, West Ham and Leicester City have already been linked with the Englishman.