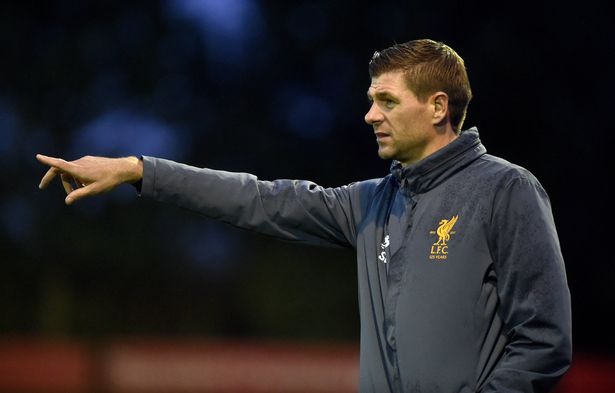 Former Liverpool captain Steven Gerrard is set to take over at Rangers at the end of this season.

The Scottish giants have had a very poor season by their standards and Graeme Murty will be shown the door soon.

As per the reports, Steven Gerrard has agreed to join the club this summer. The report also adds that Steven Gerrard was a priority target for the Rangers bosses.

Gerrard will bring former ­the Liverpool midfielder Gary McAllister with him to Ibrox. The former Liverpool captain was wanted by the likes of MK Dons as well.

It will be interesting to see whether Gerrard manages to turn it around at Rangers next season. The Ibrox side have been in Celtic’s shadow for years now.

Brendan Rodgers’ men have won the title seven seasons in a row and Gerrard will have a massive challenge ahead of him once he takes over.

The former England midfielder is currently the coach of Liverpool U18s and it will be interesting to see who replaces him at the academy.

Gerrard is relatively inexperienced when it comes to management and he will need all the support from the club hierarchy this summer.

Rangers need to improve their squad in order to challenge Celtic and the former Liverpool player will have to utilize his resources carefully.