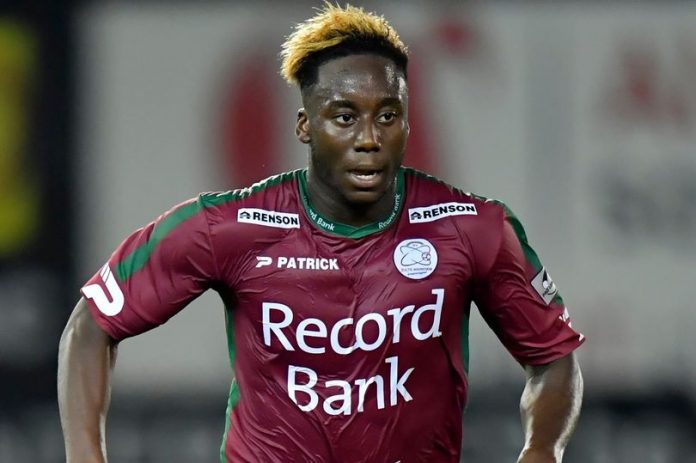 Highly talented French midfielder Soualiho Meite has been linked with a move away from Lille recently.

The 22-year-old is being monitored by European clubs like Monaco, Leverkusen, Schalke, Dortmund, Sunderland and Crystal Palace. A few months ago Daily Mirror reported that Liverpool and Everton wanted to sign the player. However, in a recent interview with Het Belang van Limburg, Meite revealed that he dreams of playing for Manchester United one day. 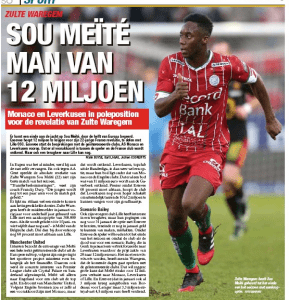 Despite his obvious talent, Meite is clearly not good enough to play for Jose Mourinho‘s side just yet. The Lille midfielder has impressed on loan at Zulte this season and is being regarded as one of the brightest young talents in France right now.

The likes of Monaco and Leverkusen are thought to be leading the chase for the Lille youth star and it will be interesting to see if his dream club Manchester United make a move for him during the summer transfer window.

At this stage of his career, Meite will need to make a wise choice as far as a move is concerned. The 22-year-old needs to play regularly in order to fulfil his tremendous potential and therefore a move to Old Trafford might not be the best for him right now.

Meite has been compared to the Chelsea star Kante in terms of his style. The Lille man operates as a defensive midfielder and is a very good reader of the game. Simple yet effective passing, screening of the ball and physical attributes have made him a great asset for his side.

There is no doubt that Meite has the talent to make it at a top level Premier League club in future. However, the Frenchman will need to be content with a low-key move for now if Lille decide to sell him.