Tottenham midfielder Moussa Sissoko has escaped a ban after his stamp on Newcastle winger Kenedy.

Spurs managed to grind out a 2-1 win in their Premier League opener against the Magpies on Saturday and Sissoko’s actions enraged the home fans.

The Tottenham midfielder fouled Kenedy and then stamped on the back of his leg just before half-time when his team were 2-1 up. He escaped a sending off during the game and now the FA has decided not to take action as well. The midfielder could have easily picked up a 3-match ban. 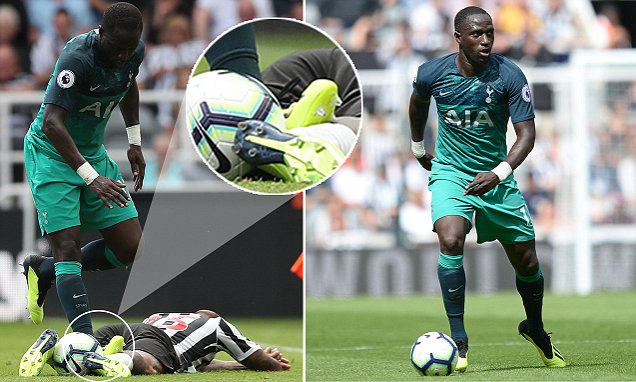 Referee Martin Atkinson decided not to take any action and FA have stepped back because the incident was spotted by the officials.

Sissoko has attracted a lot of criticism over the last year even from the Tottenham fans because of his poor form. The former Newcastle man has failed to make his mark under Pochettino.

Newcastle fans seem disappointed with the decision and they have shared their views on Twitter.

Of course he doesn’t see any subsequent punishment. If it was the other way around, 3 game ban without any hesitation. What A Joke!

No surprise there then. #nufc pic.twitter.com/jjdYR9aZ1W

?another job well done by the @FA once again. Absolute ?

??? Shelvey would have been sent off! Typical!

Now there’s a fucking shock. One law for the top 6 and one for the rest of the division…