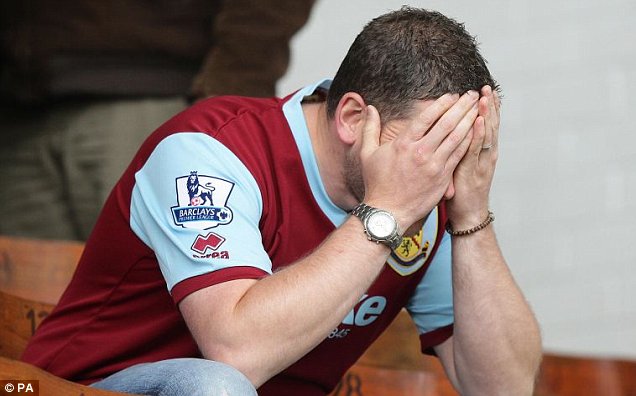 With just six games remaining in this seasons Premier League campaign, the relegation battle looks set to be closer than ever with just eight points separating the bottom 12 clubs. The battle looks sure to come down to the final day of the season and I think there are seven clubs who are in grave danger of dropping out of England’s top flight.

It looks like 40 points is once again going to be the minimum safety mark, although with such an unpredictable season already, don’t be surprised if 40 points is not enough this time around.

Having looked at the teams involved at the bottom, I think Newcastle and West Brom (39 points), Fulham and Stoke (38 points) and Aston Villa (37 points) will have enough to survive the final scramble to stay out of the bottom three.

That leaves Wigan, Wolves, West Ham, Blackpool, Blackburn, Birmingham and Sunderland to battle it out for the four remaining Premier League places, leaving three to drop down to the Championship for next term. I will take a look at the remaining fixtures and weigh up each side’s survival chances.

Sunderland have recently been sucked well into the relegation fight, one more win should be enough for them but if their recent run of one point from eight games is anything to go by, that will be easier said than done. They should be thankful to former star Darren Bent for his goals earlier on this season. Steve Bruce will be pinpointing home games against Wigan and Wolves to ensure their safety.

Blackburn have drawn their last three games but have no Premier League win in eight attempts. This run has meant them being dragged to within just three points of the relegation zone. They have a very difficult run in with home games against Manchester City, Bolton and Manchester United. I suspect the best they can hope for is three points from them games, meaning away matches at West Ham United and a final day visit to Wolves could shape their fate come the end of the season.

Since their Carling Cup win over Arsenal at Wembley, Birmingham have registered just one win in the Premier League and that has seen them fall to 16th in the table. Four points from the last two games has given them a real hope of survival and a home game against Sunderland this weekend should see them climb further clear. They also have home games against Fulham and Wolves that should see them safe.

Ian Holloway’s men cannot be accused of being boring this season, unfortunately for them there attacking style has left them somewhat short in recent games and after a flying start to the season, they now find themselves fighting for their lives. Since beating Liverpool their next 12 games have retuned just five points. They play Wigan this weekend in a six pointer to end all six pointers but a last day trip to Manchester United could be fatal in their survival plight.

The Hammers are no strangers to great escapes, remember Carlos Tevez? But after a mini revival with victories over Liverpool and Stoke City, they have since picked up one point from their last three games. That has left them in the relegation zone but they will have chances to climb out of that position, home games against Aston Villa, Blackburn and Sunderland should give them enough chances to survive, just.

After a crushing 3-0 home defeat to Everton last weekend on the back of a 4-1 defeat at Newcastle the week before; the Wolves faithful should be very concerned coming into the final weeks of the season. Their run in is by no means easy and with just eight away points all season, it will be home games against Fulham, West Brom and Blackburn that will decide their fate. I think they will fall just short.

Bottom club Wigan are just two points from safety but two wins from 14 in the league does not make pleasant reading for the Latics’ fans. Unfortunately for them they have just two home league games remaining against Everton and West Ham United. With one win in the last 14 away games, I can’t see Wigan getting enough points to survive.

Unsurprisingly Wigan are currently clear favourites at odds of 1.37 (Betfair) to be relegated this season. I, like the bookmakers, think that is a given. Wolves are currently 1.92 to go down, interestingly they are slightly shorter odds than West Ham (1.88) but I think West Ham have enough in the way of quality and experience to survive so I won’t be backing them.

The final side I think that will fill the bottom three is Blackpool. Their odds are 1.75 (Betfair).

The interest for me is Sunderland’s current odds of 27.0 (Betfair). Although I do think they will have just enough points, if any sides down the bottom put a decent run together Sunderland’s odds could shorten dramatically and don’t be surprised to see them clinging on to their Premier League status going into the final couple of games.

Blackburn have a very difficult run in and their current odds of 3.5 (Betfair) may well possess some value but I think Birmingham City can count themselves safe.

It is hard to see past Wigan but the other two places are by no means filled. There is little value in backing Wolves or Blackpool so for some value back Blackburn to go down at 3.5 using your FREE £25 bet from Betfair. Not only that, you will get the chance to win an extra £100 TOTALLY FREE by signing up today.

There have already been numerous twists this season, expect a few more before the seasons conclusion.