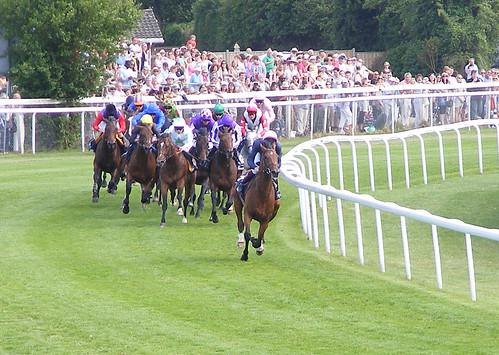 There is no horse race run in the British Isles more important to the bloodstock side of thoroughbreds than the Epsom Derby. If you want evidence of that, then just look at 2001 winner Galileo and his huge subsequent influence on breeding at stud.

The sire to end all sires saw a record fifth son of his win the Epsom Derby this year as Serpentine sprung a huge shock at 25/1. Let loose on the front end under Emmet McNamara, this presumed pacemaker set his own fractions and simply kept on going to land the premier British Classic.

As results from the Epsom Festival show, Serpentine was chased home by 50/1 shot Khalifa Sat, and fellow Aidan O’Brien trained runner Amhran Na Bhfiann – an even bigger outsider at 66/1. The Derby field was blown wide open, and the market leaders filled spots from fourth down to eighth.

You could not make an outcome like this up, and that is the beauty of sport. A race of such significance seeing so many leading contenders failing to deliver is a worry. Serpentine only broke his maiden tag seven days before winning The Derby, and it is mind-boggling.

Something similar happened in the Irish equivalent last summer. Padraig Beggy gave O’Brien inmate Sovereign an equally enterprising ride from the front at The Curragh, and he had the sufficient stamina to see the race out at 33/1.

Classics turning into a farce is an issue, but a much bigger one is the stature of the horses winning The Derby in recent years. You can make a strong case that Golden Horn was the last real superstar to win it, but there are a variety of reasons why those who followed his 2015 success haven’t reached such dizzy heights.

Frankie Dettori, trainer John Gosden and owner Anthony Oppenheimer had an exceptional three-year-old on their hands. Golden Horn went on from Epsom to win the Eclipse at Sandown, the Irish Champion Stakes at Leopardstown and Prix de l’Arc de Triomphe in France.

Although 2016 scorer Harzand did the Derby double with a subsequent win in Ireland, he was soon retired to owner the Aga Khan’s stud with the aim of siring future champions. Wings Of Eagles, meanwhile, pulled off a 40/1 shock at Epsom in 2017, but with a late swoop rather than making all.

He simply peaked and ran the race of his life around the unique undulations of the Downs. Wings Of Eagles went into The Derby on the back of a defeat in the Chester Vase and was only third in the Irish Derby.

Godolphin and Charlie Appleby’s Masar had potential superstar written all over him, but suffered an injury after his 2018 Epsom triumph. He was never the same again.

Even last year’s Derby hero Anthony Van Dyck hasn’t scored since in seven starts, so recent Derby winners aren’t backing up their moments in the sun. Everyone wants to win at Epsom, but it is not the definitive ingredient of greatness.

These names, like Serpentine, are simply good horses rather than those worthy of a legendary status such as Sea The Stars, Galileo, Shergar, Mill Reef and Nijinsky. Racehorse training is all about achieving targets, but great Derby winners need to offer something more.

They hold themselves to a higher standard. Serpentine’s trick of being given too much rope will only work once, so he has his work cut out from him to replicate that Epsom Derby upset in other Group 1 races and a worrying trend with recent Classic heroes could continue.