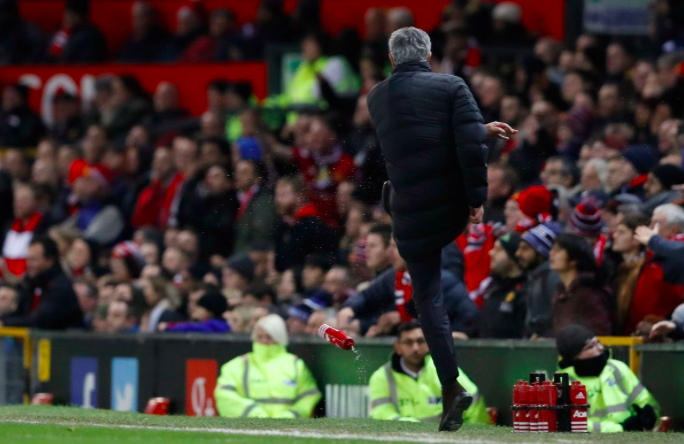 Manchester United manager, José Mourinho, has been charged with improper conduct for kicking a water bottle during the 1-1 draw against West Ham.

Previously, the Portuguese manager was sent to the stands for his conduct against Burnley, as well. As per the latest report from Daily Mail, senior figures at the club are growing increasingly frustrated with Mourinho’s behaviour. Manchester United have made their worst start to a league season in 27 years, and the United hierarchy are concerned that Mourinho’s antics are distracting the players.

A statement from the FA read:

José Mourinho has been charged following Manchester United’s game against West Ham United on Sunday. It is alleged his behaviour in or around the 27th minute of the game amounts to improper conduct.

Mourinho was also fined £50,000 for comments about referee Anthony Taylor before the Liverpool game, and the punishment against West Ham was his third in the space of a month. The former Chelsea boss has until 6pm on Thursday to respond to the charge, and is likely to be banned for up to three games.

Mourinho spent huge sums of money to strengthen his squad during the summer, and is yet to deliver the results. It will be interesting to see how long the United board remains patient with the Portuguese manager. The Old Trafford outfit are struggling to stay in the race for Champions league qualification, let alone challenge for the title.