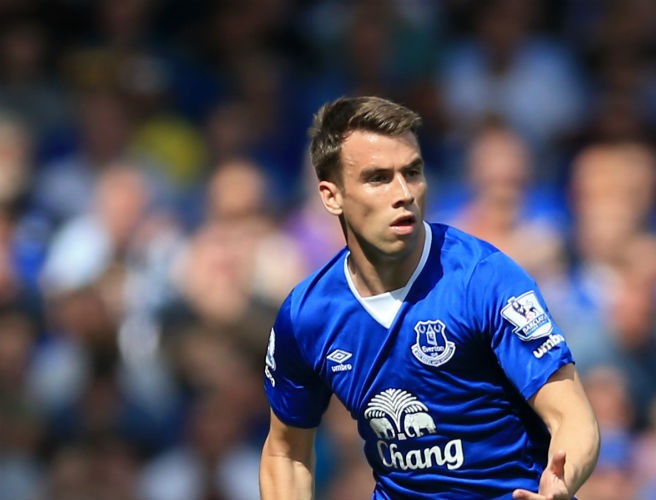 Everton defender Seamus Coleman isn’t too happy with the result against Liverpool.

The two teams battled out a 0-0 draw at Goodison Park last night and Coleman believes that the Toffees should have won the game.

Everton were solid at the back and they managed to create a couple of half chances as well.

Coleman claims that Liverpool were there for the taking and Everton should have got the job done.

He also added that Everton are focused on their season and they are not too concerned about denting Liverpool’s title aspirations.

He said to Daily Mail: “I’m more pleased with the performance and more disappointed we haven’t got the win as I thought they were there for us and we didn’t happen to get the job done. We can only worry about ourselves and we can only be better but, late on, you could feel they were playing for something massively important and that is all credit to them for the season they are having. It is going to be a tough battle between them and Man City but we want to be having more of an impact on our own season rather than putting dents in others.”

The draw will have been a major blow for Jurgen Klopp’s side and it will be interesting to see how they bounce back against Burnley now.

Manchester City are back on top with a one-point lead and Pep Guardiola will not want any more slip-ups from his side between now and the end of the season.

Liverpool will have to play very well to win the title from this position.