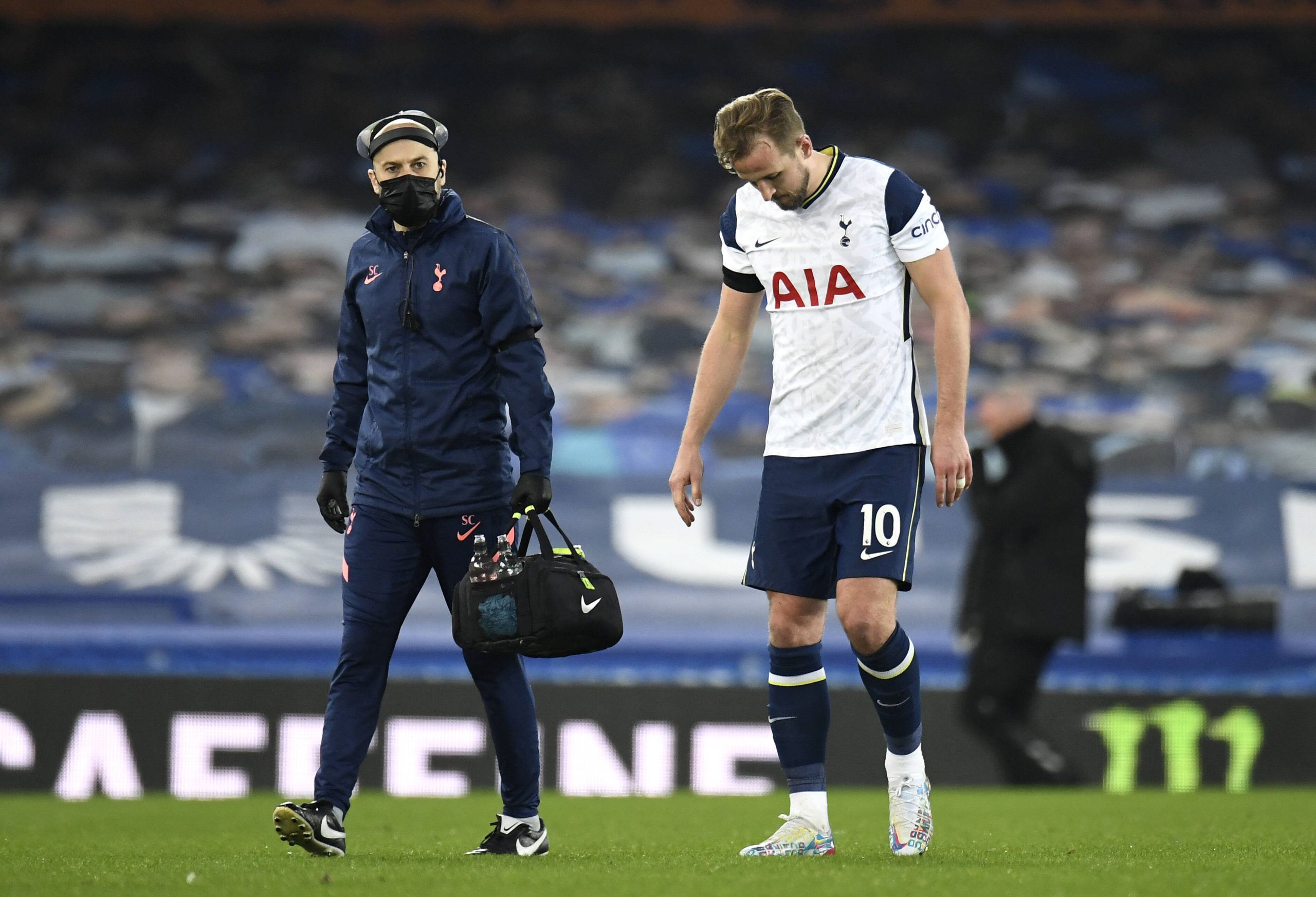 Interim Tottenham manager Ryan Mason has revealed Harry Kane did not train with the team on Friday ahead of the Carabao Cup final.

Kane suffered an ankle injury during the 2-2 draw with Everton last week, limping off towards the end of the game.

While Tottenham fans feared the worst, Kane did not leave the game on crutches, suggesting the injury may not be serious.

Despite that, the Englishman has been in a race against time to be fit for this weekend’s Carabao Cup final clash with Manchester City.

The stand-in Spurs boss admitted earlier in the week that there is still a chance Kane could feature.

However, Mason admitted on Friday that the forward had missed training.

“We’re not sure yet – he didn’t train with the team today, but we’ll know more tomorrow,” Mason explained, as quoted by football.london.

“Harry is a top professional. We’re taking it hour by hour and see how it goes. We’re not going, and Harry’s not going to put his body on the line. It will be a combined decision.

“It was different for the Champions League final – he was out a long time beforehand. This would be a quick turnaround, and we’ll have to assess him tomorrow.”

While Kane may be Tottenham’s talisman, there are reasons to suggest the Lilywhites could still beat City on Sunday.

Pep Guardiola’s side have looked unstoppable at times this season, but their performance in the FA Cup semi-final clash with Chelsea last weekend was lacklustre.

Manchester City only managed three shots on target in the 90 minutes, which is pretty low compared to their usual standards.

They also had 56% of the ball, with 81 fewer passes than their Premier League average this season.

This shows that City are not invincible in cup competitions, and despite Kane’s potential absence, the Carabao Cup final may not be a foregone conclusion.