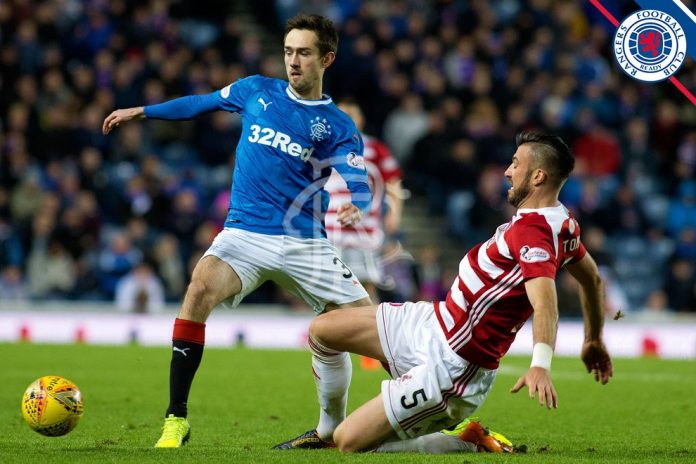 Rangers have agreed on a new deal with their highly rated striker Ryan Hardie.

The agreement has been officially confirmed and the player has put pen to paper on a one-year extension.

Hardie is very highly rated at Rangers and the fans will be expecting their academy graduate to make it as a first teamer now. The 21-year-old came through the club’s academy and he will be hoping to make his way into Steven Gerrard’s first team plans next season.

Hardie was on loan at Livingston last season and his nine goals helped his side secure promotion to the Scottish Premiership.

The Scottish U21 international could be a valuable squad player for Gerrard next season. He has already made his first-team debut during the 2014/15 season and he will be looking to hold down a regular first team place now.

Here is how the Rangers fans reacted to the news.

Fantastic news. Delighted with this. Loan him out within the league and let him earn his next deal and a place in our first team squad. ?

Well done @Ryanhardie9. Totally deserve your chance at Ibrox. On the other hand, if you would rather give @LiviFCOfficial another go this season ?