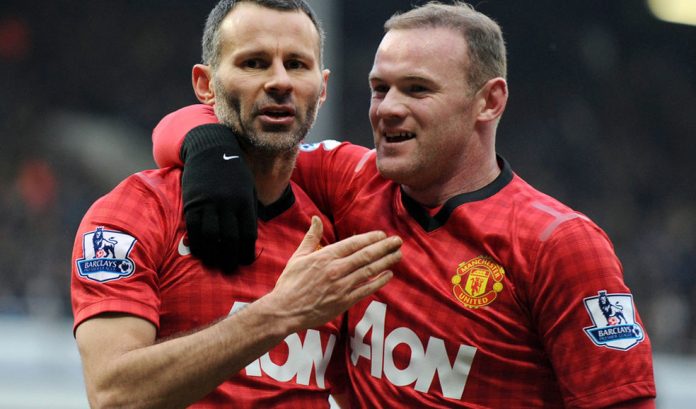 Manchester United legend and former winger Ryan Giggs has claimed that club captain Wayne Rooney could stay at Old Trafford beyond this summer if he is ready to acknowledge that he is no longer guaranteed regular first team action.

Despite breaking Sir Bobby Charlton’s long-serving goal scoring record last season, Rooney is widely expected to end his 13-year spell at Old Trafford after falling down the pecking down since the arrival of Jose Mourinho last summer.  In addition to 10 substitute appearances, the England captain was handed just 15 Premier League starts in which he managed to score five goals and provide another five assists.

Rooney has been linked with a mega-money move to China, MLS or a potential return to Everton, but according to recent reports in England, the 32-year-old is struggling to find a new club due to his excessive £300,000-a-week salary demands.

And Ryan Giggs, who spent a decade playing with Rooney at Manchester United, has claimed that the prolific striker could continue playing at Old Trafford if he is willing to accept a bit-part role under Mourinho.

Giggs told Sky Sports: “Wayne is a proven goalscorer, give him a chance Wayne will score.

“It is whether he can put up with not being first choice or whether he can develop his game which I had to around the same age, not being certain to play every game, but playing 25-30 games and contributing.”If Wayne can do that then I don’t see why he can’t still be at the club.”

Rooney has already revealed that should he decide to leave Old Trafford this summer, he will not join any other Premier League side except Everton, although the Toffees will find it hard to afford their former star’s salary demands unless he accepts a cut-price deal to return to the Goodison Park.