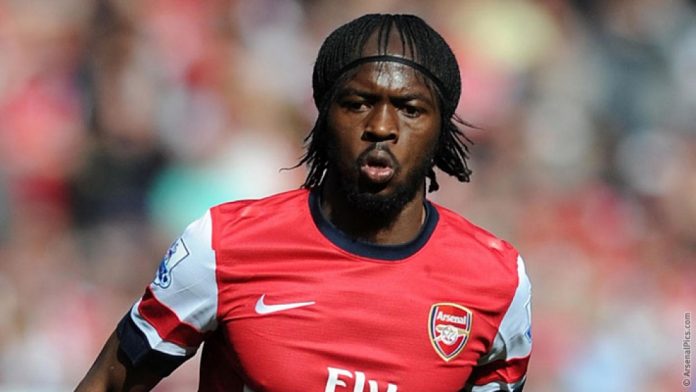 Serie A side Roma are reported to have made a bid for Arsenal forward Gervinho. The fee is around £7M, but has yet to be accepted by the Gunners – who are holding out for more.

The London side are said to be keen to let the Ivorian go as they look to make-way for a potential big-name signing this summer.

Gervinho, 26, didn’t fly with the Arsenal squad for the pre-season tour of Asia, which the club had said was due to sickness.

Roma manager Rudi Garcia has long-admired the Arsenal forward, and managed him during his time at Lille pictured below. 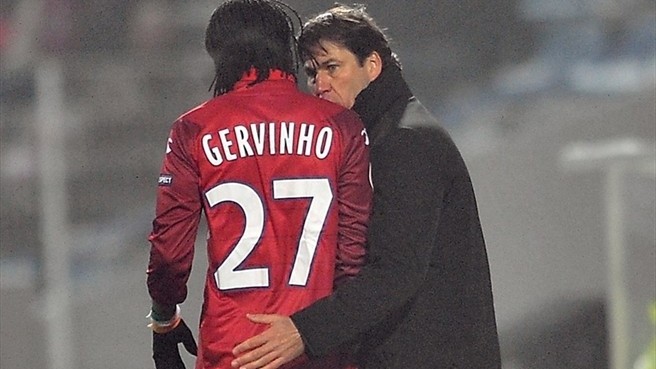 He’s endured a disappointing spell with the Gunners since signing from the France Ligue One side in 2011 – scoring 11 goals in 63 games.

Fellow Ligue One side Marseille are keen on procuring the 26-year old’s signature this summer, but have yet to make a formal approach.

And with Manchester City enquiring about Roma striker Pablo Osvaldo, Gervinho could well be his replacement at Roma. After the sale of City striker Carlos Tevez to Juventus, the Sky Blues’ manager Manuel Pellegrini wants to bolster the side’s attack for the upcoming season, and is preparing a bid for Osvaldo which could be accepted.

Russian Premier League Zenit Saint-Petersburg are also keen on the 27-year old, which will make Roma even more keen on securing Gervinho as soon as possible.

As the Serie A side’s budget is stretched this summer, Osvaldo’s departure could help fund the move for the Arsenal man. The Premier League side were initially keen on a figure around the £9M mark – taking a £1M hit on how much they’d originally paid for him , so Roma and Arsenal will be undergoing negotiations.

Gervinho has previously expressed his desire to remain with the London club, but his £50K-a-week wages are not justification for the little outlay shown by the Ivorian in the two years with the club.