Manchester United winger Memphis Depay could be on his way out of Old Trafford soon.

The Dutch international has failed to impress José Mourinho so far and the likes of Roma are interested in taking the player on loan during the January transfer window.

Depay was regarded as one of the best young attackers in Europe during his time with PSV, but he failed to replicate those performances under Van Gaal and is now struggling to get a look in under Mourinho. The likes of Martial, Rashford, Mata, Young and Lingard are all ahead of him in the pecking order. 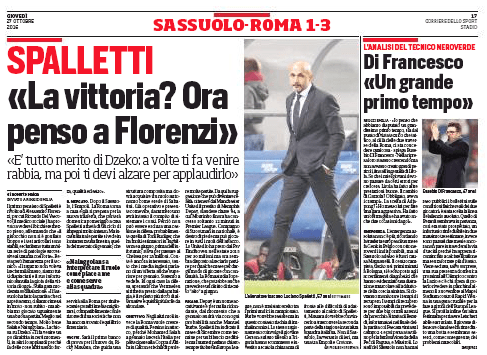 As per the latest reports from Italy in the Corriere Dello Sport, Manchester United are open to sending Depay out on loan. The report also adds that if Depay goes out on loan, Roma are likely to have the option of signing him permanently during the summer. A considerable release clause will be attached. Manchester United paid €30m to bring Depay to Old Trafford and will look to recoup most of that amount if they sell him during the summer.

The winger is lacking in sharpness and confidence. Going out on loan could give him the regular game time he needs. Depay’s talent is beyond doubt and if Mourinho can reinstate the player’s confidence through a loan move, United will have a world class talent on their hands. The player is still 22 and selling him right away makes little sense.

Depay has played just 12 minutes in the Premier League this season and Roma are looking to sign him as a replacement for their star player Mohamed Salah. The Egyptian will be away during AFCON and Depay could be an ideal replacement. Former Chelsea player Salah managed to revive his career with a loan spell in Serie A and Depay will be hoping for more of the same if Manchester United can agree on a deal with Roma.

Roma‘s sporting director Ricky Massara is working on a deal to bring Depay to Italy for six months in January.