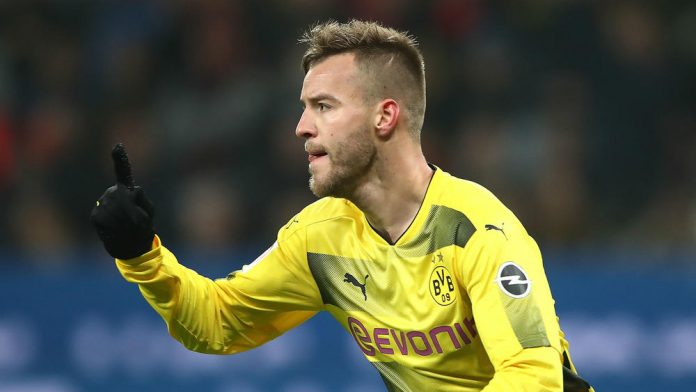 West Ham United have made a formal move for Borussia Dortmund forward Andriy Yarmolenko, according to reports from Sky Sports.

The report claims that the deal for Yarmolenko is subject to a medical and work permit.

It has been reported that the Hammers have submitted a formal bid in the region of £17.5 million to Borussia Dortmund for Yarmolenko, who operates as a forward or as a winger.

After enjoying a stellar career with Dynamo Kiev, he joined Borussia Dortmund in the summer of 2017 for a transfer fee reported by The Daily Mail to be worth £23m.

He made 13 starts and five substitute appearances in the Bundesliga last season, scoring three goals and registering two further assists.

He also scored one goal and provided one assist in Dortmund’s Champions League campaign, where he made six appearances.

Yarmolenko is a very good attacking player and is vastly experienced. He has made 76 appearances for his country and is a proven goal scorer.

The Hammers have been very active in the summer transfer window, and Yarmolenko would be a quality addition for Manuel Pellegrini’s side.