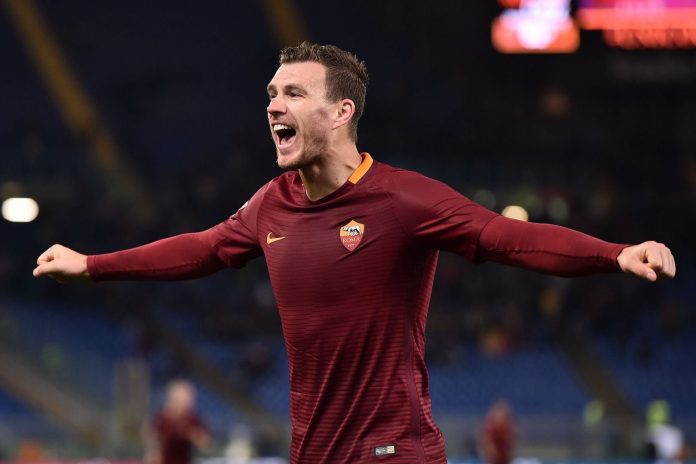 Edin Dzeko has recently become the first Bosnian player to have made 100 appearances for his country when he took the field during his country’s opening Euro 2020 qualifier against Armenia on Saturday.

The former Premier League winner with Manchester City is in his fourth season at AS Roma, but next summer, his future could lie elsewhere.

Serie A rivals Inter Milan are keen on signing him, while West Ham boss Manuel Pellegrini hasn’t given up on the hope of bringing him back to the Premier League.

According to reports from Il Messaggero, West Ham are moving ahead with their plans to sign the 33-year-old. The report claims that they are getting serious in their attempts to sign the former Manchester City striker.

The pink newspaper added that Roma have received an offer from the Hammers in recent weeks, although the figure hasn’t been disclosed.

Roma have slapped a staggering €30m (£26m) asking price for Dzeko who has just one year left on his current deal. It remains to be seen whether either of West Ham or Everton continue with their pursuit of Dzeko, as they are unlikely to pay such a transfer fee for him.