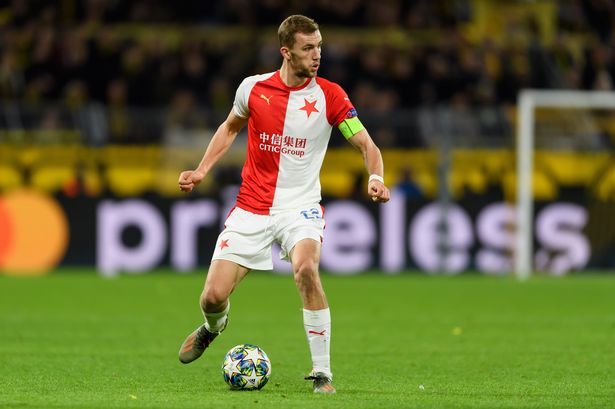 According to reports from Football London, West Ham are ‘exploring a deal’ to sign Tomas Soucek in the January transfer window.

The Hammers are struggling in the Premier League this season, and David Moyes is keen to bolster his squad this month.

West Ham are looking to add depth in their midfield and have earmarked Soucek from Slavia Prague.

The midfielder is valued at around €25 million. However, West Ham can get him at half the price, that is around £10.9 million, if a deal can be struck.

West Ham are looking at a loan deal with an option to buy the midfielder at the end of the season. However, they are yet to reach an agreement for the 24-year-old.

The 25-times capped Czech Republic international has been in outstanding form this season for his club. He has scored ten goals so far this season from midfield.

West Ham have been heavily reliant on Mark Noble and Declan Rice this season, and Moyes needs more depth and quality in the middle of the park.

The Hammers have been linked with a host of midfielders this month including Sander Berge, Joe Allen and Franck Kessie, but Soucek would be a very good signing for them if they can agree a deal for him.