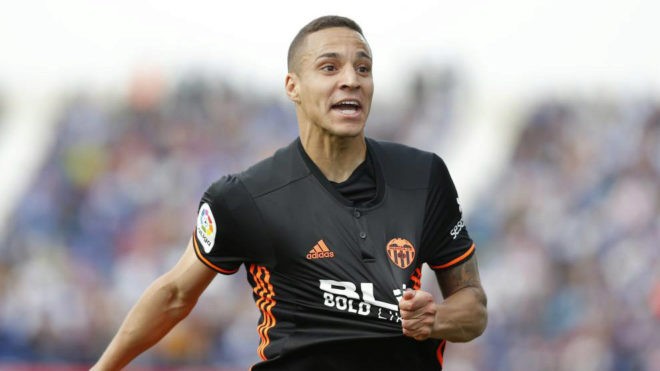 According to reports from The Sun (printed edition, page 59), West Ham are eyeing a move for Valencia forward Rodrigo Moreno.

The 17-times capped Spain international, who spent time at Bolton Wanderers on loan in 2010-11, is reportedly keen to return to the Premier League.

After a successful loan spell at Valencia in 2014-15 from Benfica, the 28-year-old made the move permanent in the following summer.

He has scored 52 goals for Los Che since he joined the club, and last season managed 15 goals in all competitions. He also provided six assists in the La Liga.

The report claims that Manuel Pellegrini’s side are interested in signing him, while Premier League rivals Everton are likely to join the race for his signature.

Valencia are likely to accept a fee in the region of £30 million for Rodrigo, and at that price both Everton and West Ham should not hesitate in making a move for him.

Both of the clubs need to bolster their forward department this summer, and Rodrigo would be a good signing for them. He brings a lot more to the table with his versatility, and it remains to be seen whether they come up with a formal offer in the coming weeks.