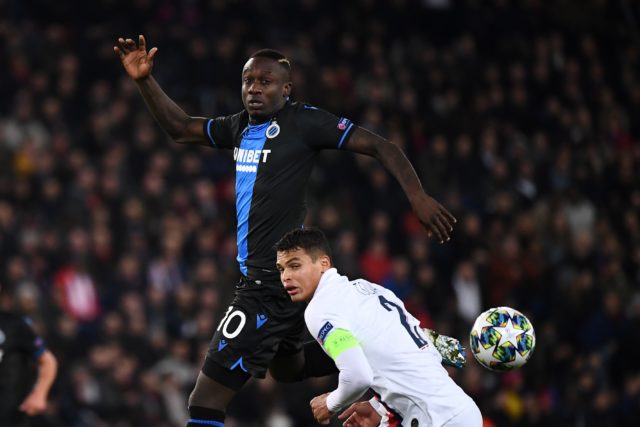 According to reports from Sky Sports, West Bromwich Albion have agreed a deal to sign Mbaye Diagne on loan till the end of the season.

The Baggies earmarked him as a potential target at the start of this month and it looks like they are going to land him before the end of the window.

The former Kasimpasa striker is set to join on an initial loan with an option to buy.

The report claims that the Baggies have been given permission to speak with the 10 times capped Senegal international.

The Premier League outfit who are struggling for survival are currently making arrangements to fly him into the UK as soon as possible.

Sam Allardyce is looking to add depth to his attacking ranks.

The Baggies have managed to score only 15 goals this season, and signing a striker is a top priority for them.

Diagne is a vastly experienced player who has impressed in the Turkish league in the last few years.

He scored 32 goals in 36 appearances for Kasimpasa before joining Galatasaray.

At Gala, he has managed 22 goals in 39 games. In between, he spent time on loan at Club Brugge.

The Baggies are 19th in the Premier League table with only 11 points on board.

Allardyce is also looking to sign an attacking midfielder this month, and the Baggies have been linked with a move for Manchester United’s Jesse Lingard.