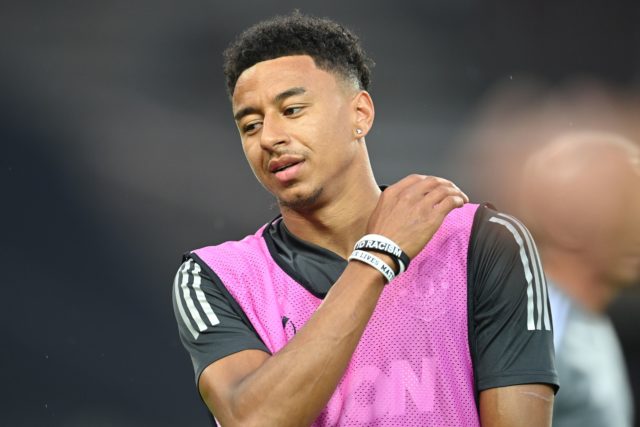 Tottenham Hotspur are reportedly interested in signing Jesse Lingard from Manchester United who finds himself in an uncomfortable situation at the Old Trafford club.

According to reports from The Times, Lingard is loath to leave the club he joined at the age of seven. He has progressed through the club’s youth system but now finds himself way down the pecking order under Ole Gunnar Solksjaer.

The 27-year-old, who completed a full pre-season and reported for training in the first week of September, was omitted from United’s 18-man squad in the 3-1 home defeat by Crystal Palace.

The Times claims that the decision has left Lingard ‘surprised’, as speculation about his future continues.

Solksjaer admitted after the match that several United players were lacking match fitness, and it has left Lingard bemused that he did not even make the bench for Saturday’s game at Old Trafford.

Lingard knows that he needs to play regular football, and therefore a move away from the club could be on the cards.

In recent weeks, Lingard has been heavily linked with a move to Tottenham Hotspur, where Jose Mourinho is looking for a reunion with the England international.

According to reports from The Mirror, Lingard could be available for as little as £20m, and it could appeal to the north London club.