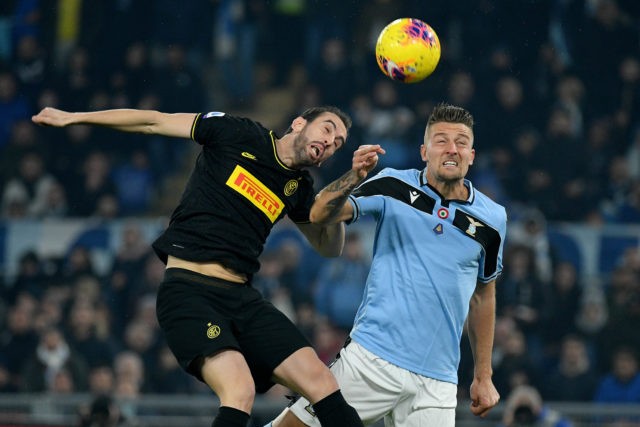 According to reports from Italian media outlet Tuttosport, Diego Godin could move to the Premier League in the summer transfer window.

The report claims that Manchester United and Spurs are ‘most likely destination’ for Godin should he decide to leave Inter Milan in the summer transfer window.

The 135 times capped Uruguayan international joined Inter Milan on a free transfer from Atletico Madrid last summer. However he has been in and out of the team, and although he has a contract at the club till 2022, the world-class defender could be eyeing up a move to the Premier League.

Godin has established himself as one of the finest defenders in Europe during his time in Spain. At 34, he still has a lot of football left in him and would be a handy option at the back for both United and Spurs.

While United ‘remain favourite’ to sign him, Spurs should not hesitate to make a move should the opportunity arise. Jose Mourinho is interested in signing him and Godin could be a solid replacement of Jan Vertonghen at Spurs.

Clubs in Europe would struggle to secure big-money signings due to financial problems the world may suffer due to the Coronavirus pandemic. Most of the clubs will either look for free transfers or players who would be available on cheap. And that is why Godin would be a superb signing for Spurs.