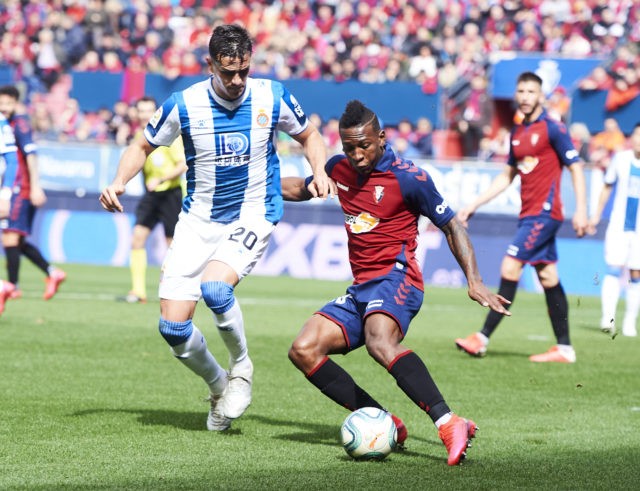 It seems Tottenham Hotspur won’t be battling Manchester United on the pitch for the top four race in the Premier League, but the north London club could be involved in a transfer duel with the Old Trafford club off the pitch.

According to reports from AS (h/t Sport Witness), Spurs and Manchester United are fighting tooth and nail to sign Pervis Estupinan from Watford.

The Ecuador international joined the Hornets in 2016 from LDU Quito. However, the 22-year-old is yet to make an appearance for the London club.

He has spent the past four seasons on loan at various Spanish sides.

The left-back is currently making an impression at Osasuna, and several clubs are interested in signing him.

Apart from Spurs and United, Spanish giants Barcelona and Atletico Madrid are showing keen interest in him as well.

Spurs could be looking to sign a left-back in the summer. Danny Rose is not in Jose Mourinho’s first-team plans, while Ben Davies has been pretty average and inconsistent.

Ryan Sessegnon can play as a left-back, but Mourinho probably sees him as a winger. Estupinan could be a smart signing though.

However, Watford may demand a big fee for their player if he is to join a rival Premier League club this summer.