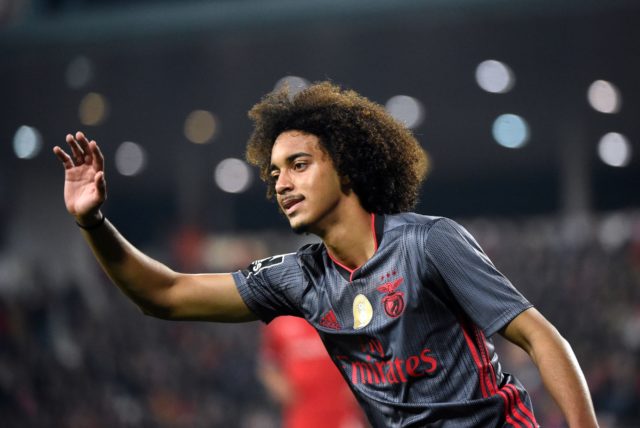 According to reports from The Sunday People (23/8; page 58), Tottenham Hotspur are showing keen interest in signing Tomas Tavares from Benfica this summer.

The report claims that Spurs and Italian outfit Atalanta are positioned at the front of the queue to sign the highly-rated Benfica full-back.

Ahead of the new season, Jose Mourinho could be looking to sign a new right-back.

The north London club have already offloaded Kyle Walker-Peters who has joined Southampton permanently. They are also looking to sell Serge Aurier who is attracting strong interest from Italian giants AC Milan.

Juan Foyth is capable of playing in that position but the Argentine has been targeted by a host of clubs including Leeds.

It seems Mourinho is looking to strengthen that area this summer, and has earmarked the 19-year-old for that role.

The highly-rated young defender is valued at £9 million. Spurs are likely to face strong competition from Atalanta, while clubs from Spain and France are also interested.

Tavares made 12 appearances for the first team last season. He also featured five times in the Champions League which shows he is more than capable of playing in the Premier League.

Being young, he will have a resale value, but there will be an element of risk in the deal, as he is relatively unproven at the top level.