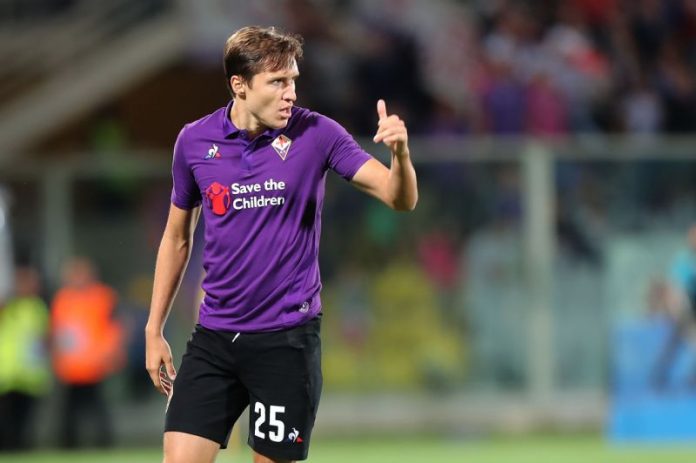 According to reports from The Sun, Tottenham Hotspur are keen on signing Fiorentina attacker Federico Chiesa in the summer transfer window.

The report claims that Daniel Levy, the Spurs chairman, may sanction a summer move for the 21-year-old winger who has a £70million price tag.

The north London giants are following him closely and have put him on top of their wish-list for the upcoming transfer window.

Spurs didn’t sign a single player in their last two transfer windows, and surely Mauricio Pochettino will need new faces added to his team in order to challenge for major honours. Therefore, Levy may move for Chiesa in order to keep the Argentine happy.

Pochettino has done a great job at Spurs, but he needs to bolster the squad to take the club to the next level. Levy will have to pay a handsome fee to sign Chiesa, and may need to sell players in order to fund a move, but the club are serious about landing the highly-rated young talent.

Chiesa has scored 11 goals, and provided eight assists in his 29 outings this season, and has been targeted by Chelsea, Juventus, Inter Milan and AC Milan.

He is a versatile player, capable of playing on the right-flank as well as on the left, and signing Chiesa is a move worthy of any Spurs fans dream.