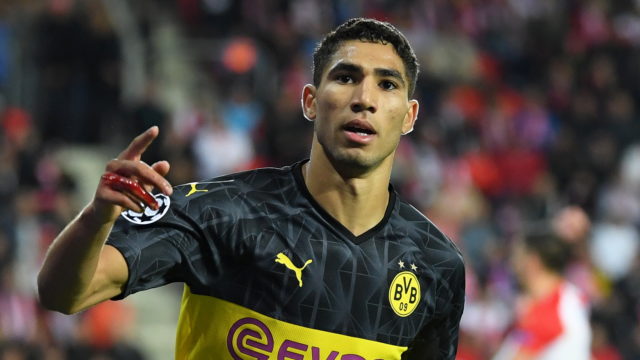 According to reports from Bladi.net, Tottenham Hotspur and Arsenal have been linked with a move for Achraf Hakimi in the summer transfer window.

Hakimi is currently on loan at Borussia Dortmund from Real Madrid.

The 21-year-old is a versatile young defender can play as a right-back as well as a left-back. Although he is primarily a right-back, he has played on the wings as well this season for Dortmund.

Hakimi has been in outstanding form this season for Dortmund. He has scored three goals and provided 10 assists in the Bundesliga and managed 4 goals in the Champions League so far.

Tottenham will be looking to bolster their full-back region this summer.

Serge Aurier has cemented his position in the right-back role but has struggled for consistency. Furthermore, he has recently claimed that he wishes to return to his former club Paris Saint-Germain in the future.

Kyle Walker-Peters has struggled to impress under Jose Mourinho, and the same can be said about Juan Foyth. Therefore, signing a right-back is a priority. Also, Danny Rose is likely to leave the club and Hakimi can slot in the left-back position as well.

Hakimi came through the youth ranks at Real Madrid and has a £50 million release clause. The young speedy full-back is confused over his future and therefore a move to the Premier League could be on the cards.