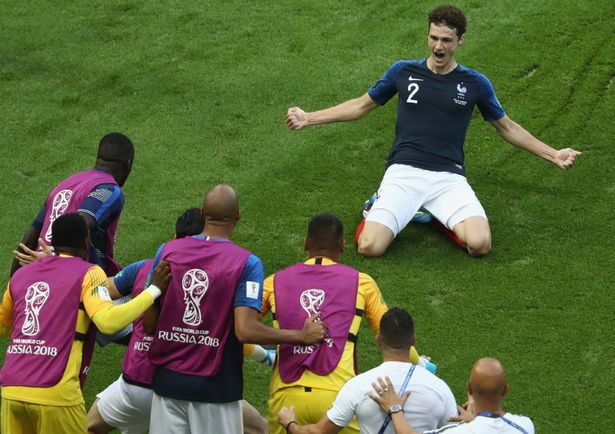 According to reports from The Mirror, France World Cup winner Benjamin Pavard is on Tottenham’s short-list to replace Toby Alderweireld.

The 22-year-old has played at right back for France during the Russia World Cup and scored one of the goals of the tournament in their win over Argentina.

However, he is equally capable of playing as a centre-back, and his versatile quality has appealed to Mauricio Pochettino.

He has often played as a makeshift midfielder for Stuttgart and played every second of the Bundesliga side’s domestic campaign.

Pavad has signed a long term deal last December but Spurs could still make a move for him if Alderweireld leaves.

The report claims that he fits the age profile favoured by Spurs chairman Daniel Levy.

Spurs are yet to make a new signing this summer, and Pochettino will surely be pushing to bring in new faces, especially now that the World Cup is over.

Alderweireld is yet to sign a new contract, and many believe the Belgian could leave the north London club in the coming weeks.