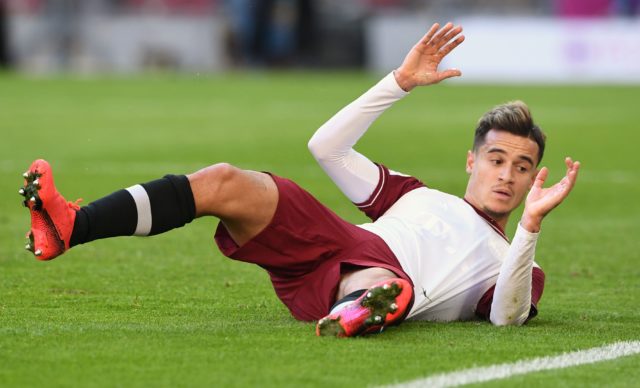 In the January transfer window of 2018, when Philippe Coutinho left Liverpool to join Barcelona for a mind-boggling transfer fee, the Brazilian would have never thought that he would land up in such a mess.

After an insipid spell at the Catalan club followed by a decent campaign at Bayern Munich, he is now unwanted at Barcelona. With Bayern unlikely to sign him permanently, the Premier League remains the next (and the only) possible option for him.

Coutinho has been linked with a host of Premier League clubs, but the link with Tottenham Hotspur keeps resurfacing every now and then. Coutinho doesn’t rule out a move to Spurs.

According to reports from Mundo Deportivo (h/t Sport Witness), Jose Mourinho, the Spurs boss is not in favour of paying a ridiculous amount of €100m for Coutinho. And frankly, no club in the world would be willing to pay that amount for the former Liverpool playmaker.

Barcelona are so desperate to see the back of him that they are willing to send him out on loan yet again, provided any potential club agree to meet a temporary deal for a loan fee of €10m.

However, Spurs are not willing to accept such an offer as well, given Coutinho earns a hefty wage at Barcelona. Mourinho doesn’t want to bring the 27-year-old in on a high salary as he feels other Spurs players would feel they need a pay hike.