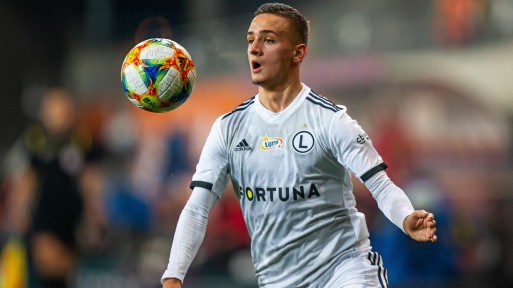 According to reports from the Daily Mirror (printed edition, page 68), Tottenham Hotspur are showing keen interest in signing Michal Karbownik from Legia Warsaw this summer.

Irrespective of where Tottenham finish this season, and how the summer transfer window pans out, it is an open secret that Jose Mourinho wants to bolster his defensive set up. Jan Vertonghen is out of contract at the end of the season, and the Belgian could leave the club.

Spurs have earmarked Karbownik as a potential target for the summer window. It has been claimed that the north London club have been watching him for around a year now, and have developed a close relationship with Warsaw in order to secure a move for him.

A host of European clubs including Dinamo Moscow, AC Milan and Real Betis are equally interested in signing the 19-year-old who has progressed through the youth ranks at the club. However, Spurs are not only leading the race, but the north London club are considering a bid for the teenager as well.

The report claims that Legia Warsaw could demand a fee in the region of £10m, but the price could fluctuate due to the economic crisis caused as a result of the coronavirus impact.

The versatile youngster has been in superb form this season, managing six assists in 19 games.