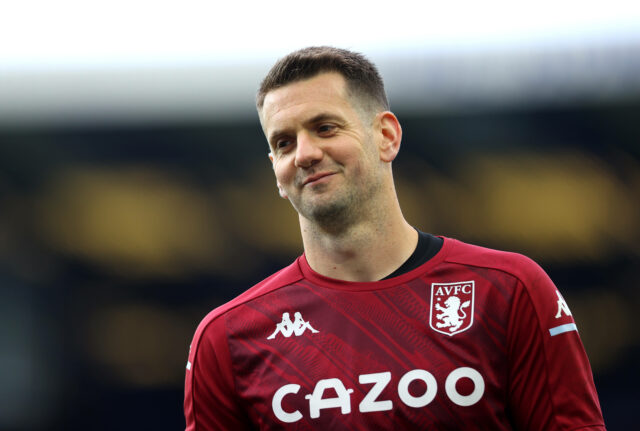 According to The Mirror, the 35-year-old will move to Old Trafford as a free agent.

The goalkeeper spent six years at Burnley, where he made 200 appearances for the club in all competitions.

He joined Villa in 2019 for a fee in the region of £8 million. Heaton made 20 appearances for Dean Smith’s side before picking up a season-ending knee injury in January.

Heaton returned to the first-team squad for the first time since his injury in December but failed to dislodge Martinez from the starting spot.

The former England goalkeeper will be a smart addition for United, although it’s unlikely that he will get enough games unless there’s an injury.

United already have David de Gea and Dean Henderson competing for the starting position, but Sergio Romero could leave the club.

Tom Heaton has reached an agreement to re-join Manchester United, as per @johncrossmirror. The goalkeeper will sign his contract in the next days. 🔴 #MUFC

Also: no contacts between David de Gea and Roma despite rumours from Italy because of Mourinho links. 🚫

According to journalist Fabrizio Romano, Heaton will sign his contract with United in the next few days.

He has also confirmed that there has been no contact held between Roma and Man Utd for Spain goalkeeper De Gea.

Romano has suggested that the rumours have originated because of links with Jose Mourinho, who has been appointed as Roma’s new boss.