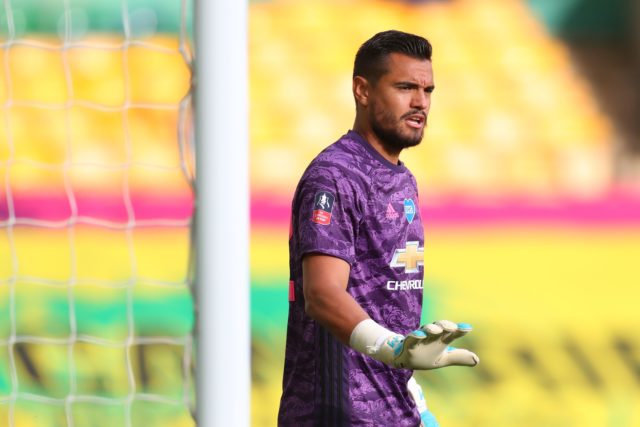 Manchester United goalkeeper Sergio Romero is interested in joining Everton this summer, according to reports from The Times.

The 33-year-old goalkeeper has dropped down the pecking order at the club behind David de Gea and Dean Henderson, and he is looking to move elsewhere.

Romero was heavily linked with a move to Chelsea and Aston Villa this summer as well. However, with Chelsea signing Edouard Mendy, and Villa landing Emiliano Martinez, it has paved the way for Everton to move for him.

At the moment, there have been no discussions between the two clubs.

However, Everton have made initial contact with intermediaries to discuss a potential deal for the 96-times capped Argentina international who wants to leave Old Trafford this summer.

The problem with Everton is that Pickford doesn’t have any serious competition. Joao Virginia lacks experience while Jonas Lossl, who spent the second half of last season on loan at Huddersfield Town, isn’t good enough to replace him.

Manchester United are thought to want about £10 million for Romero, who was previously signed by Marcel Brands, Everton’s director of football in 2017 when he held the same role at AZ Alkmaar.