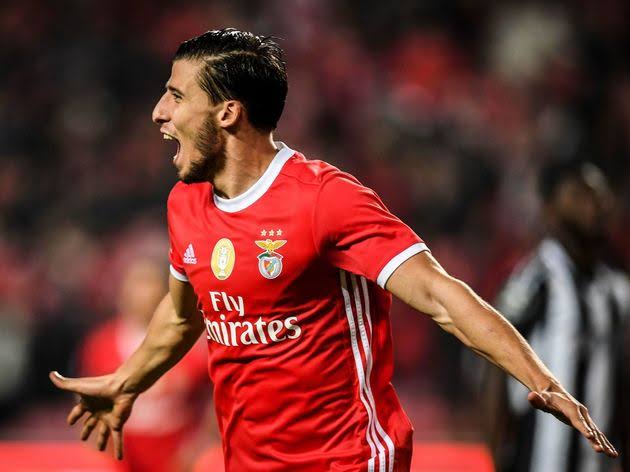 According to Fabrizio Romano, it is now confirmed that Rúben Dias will be joining Manchester City as the English side have now reached an agreement with Benfica for the signing of the centre-back.

The Manchester City target who became very emotional after scoring in what seems like his final game for the Portuguese side gave a strong indication he is leaving Benfica.

The 23-year-old defender captained his side in the 2-0 win against Moreirense on Saturday. After the match, he said: “I am very happy. It was a very important game for me and to be able to consecrate the game with a goal, it was very special for me.

“It is a special moment and I think everyone already knows why.”

Romano, however, revealed that Manchester City are in the final stage of the negotiation with Benfica, stating that the deal which involves Nicolas Otamendi will see Rúben Dias sign for Man City until June 2025 at a valuation of about €55m.

The Portuguese International is reported to be in Manchester for his medical.

Otamendi who on the other hand, is valued at €15m will join Benfica until June 2023 in a three-year contract.

Dias, too, has reportedly agreed to the contract terms, should Manchester City and Benfica come to an agreement.

Also, Benfica Manager Jorge Jesus confirmed the centre-back ready to join Man City: “In Portugal, he has justified his value and Pep must not be stupid… Otamendi can be part of the deal, yes. Of course, we like him.”

Following last season’s woeful title defence which saw them finish 18 points behind champions, Liverpool, Pep Guardiola’s Man City has been on the lookout for a central defender to solve their inconsistency issues.

With John Stones and Otamendi struggling for form over the past year, the Citizens had kept their eyes on Napoli defender Kalidou Koulibaly. However, the English side are not ready to meet the £80m asking price for the defender.

Since the exit of Vincent Kompany from the Etihad at the end of the 2018/2019 season, Manchester City are yet to find a top-quality centre-back to replace the Belgian. Dias, however, is believed to be the man to put an end to City’s defensive woes.