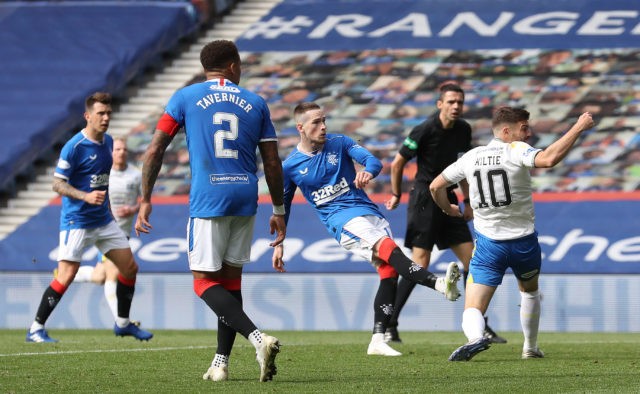 Glasgow Rangers winger Ryan Kent has been impressive for the Ibrox club this season, and the Gers are not looking to sell him.

Leeds United, the newly-promoted Premier League side, have already submitted a £10m bid for Kent. However, the bid has been turned down by Rangers.

Steven Gerrard has claimed that the offer was “way, way off” the mark.

It has been reported that Leeds will make a second bid of £14 million for Kent.

However, the Gers are likely to tell the Whites that the former Liverpool winger is not for sale.

According to reports from The Scottish Sun, Leeds are willing to double the current salary of the 23-year-old.

The Rangers boss, however, has admitted that increased offers to lure Kent back down south might be impossible to resist.

Leeds boss Marcelo Bielsa seems unwilling to give up the fight for Kent. The Whites are looking to bolster their attacking options, and have earmarked Kent as a potential option.

However, it seems Rangers will tell Leeds that the player is not for sale. It means Leeds will have to improve the offer, maybe to around £20m, to lure him away from Ibrox.

Kent is one of the best wingers in Scottish Premiership and he is absolutely vital to Steven Gerrard’s side. The Gers are at the top of the league table at the moment with 13 points from five matches.