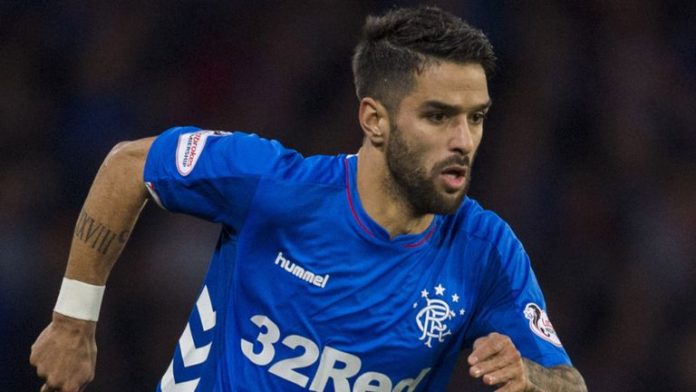 Glasgow Rangers winger Daniel Candeias is reportedly on the verge of leaving the Ibrox club in the summer transfer window.

According to reports from Ajansspor, Super Lig new boys Genclerbirligi are close to sealing a deal for the winger who made 52 appearances for Steven Gerrard’s Light Blues last season.

He no longer appears to be part of the manager’s plans and was recently left out of Gers’ Europa League squad for the tie with St Joseph’s.

Although Candeias responded to his Euro omission by netting a double against Marseille in the weekend, it seems his time is up at Rangers.

Rangers have bolstered their wing position in the summer transfer window having signed players like Sheyi Ojo, Jake Hastie and Jordan Jones. And Candeias is likely to drop down the pecking order at the club.

The Portuguese winger, who was signed by Pedro Caixinha, has only a year left on his contract, and it looks like Genclerbirligi could be the next (12th) club in his career.