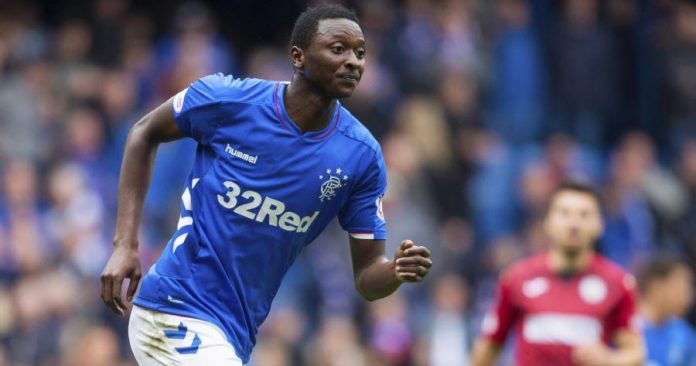 Ibrox club Glasgow Rangers have terminated loan deal for striker Umar Sadiq. Roma have reached an agreement with Perugia, according to reports from Gianluca Di Marzio.

The 21-year-old joined the Gers in the summer transfer window from AS Roma on loan. However, his loan deal was terminated after failing to impress Ibrox boss Steven Gerrard.

The report claims that he is set for a move back to Italy with a medical scheduled for Tuesday.

Roma are finalising a few details with the Serie B team, and Sadiq is leaning towards accepting the decision.

The move to Rangers didn’t work out for him. The youngster failed to cement regular place under Gerrard, but didn’t make the full use of whatever little chances he got.

He was criticised by the Gers boss explicitly, and his loan deal was terminated officially yesterday.

Rangers fans won’t be disappointed to see him leave the club, and it remains to be seen whether the Gers find a suitable replacement in January.

Moving back to Italy is a good option for him, and although joining Perugia is a step down in his career, he is expected to get regular game there.