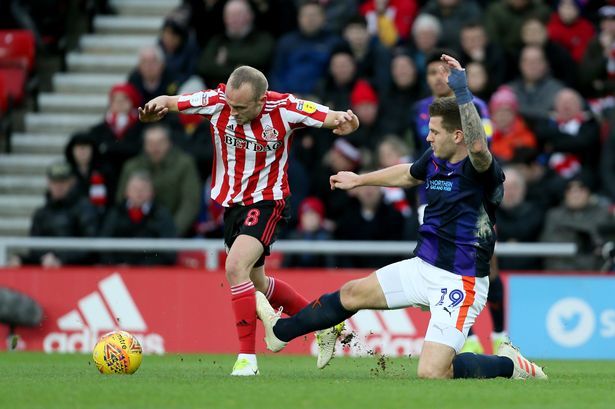 Glasgow Rangers are one of the clubs reportedly looking to bring Dylan McGeouch to Ibrox during the summer transfer window.

According to reports from the Northern Echo, the Gers are one of the number of clubs keen to sign the 26-year-old midfielder this summer.

McGeouch signed a 12-month contract at Sunderland last summer from Hibernian. However, he is now out of contract at the Stadium of Light, which means the Scotti can sign him on a free transfer.

The Scotland international managed 22 league games for Sunderland in the 2018-19 campaign, and didn’t appear in the matchday squad for the League One play-offs.

McGeouch has no shortage of admirers, with the likes of Blackburn Rovers, Brentford and Queens Park Rangers all vying for his signature. Rangers could face competition from Scottish Premiership rivals Aberdeen as well for his signing.

Given his previous experience in the Scottish Premiership, McGeouch would be an excellent signing for Rangers if they can land him on free.

He has made over 120 appearances for Hibs during his time in Scotland, and has proven himself as a solid midfielder around that time. His spell at Sunderland didn’t go according to plan, but at 26, he has time on his hands to resurrect his career.