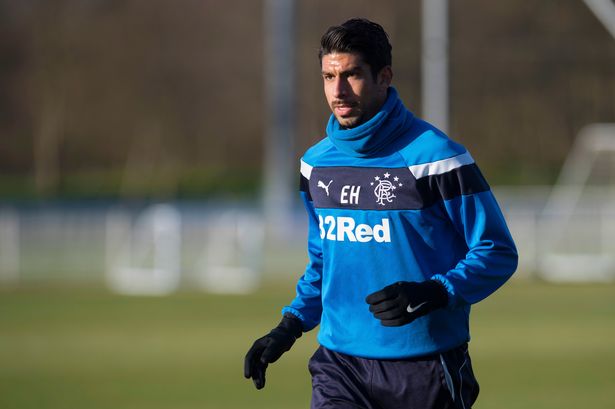 Glasgow Rangers forward Eduardo Herrera has left the Ibrox club on loan yet again as he secured a move to Mexican club Necaxa.

The 30-year-old forward was signed by Pedro Caixinha in 2017. He turned out to be a huge disappointment, managing only two goals in 21 games for the Gers.

He joined Mexican club Santos Laguna on loan for the 2018-19 campaign, where he failed to score in ten appearances.

The Mexican club have confirmed the signing on their official Twitter handle.

Rangers paid £1.5m to sign Herrera who still has 18 months remaining on his Light Blues deal. However, he is not in Steven Gerrard’s plans.

The former Pumas Morelos striker hasn’t scored a professional goal in over a year, with his last strike coming against Partick Thistle in September 2017.

Necaxa also signed Rangers midfielder Carlos Pena on loan. The 28-year-old was supposed to be there until January but the Mexican club decided to cancel his loan deal.