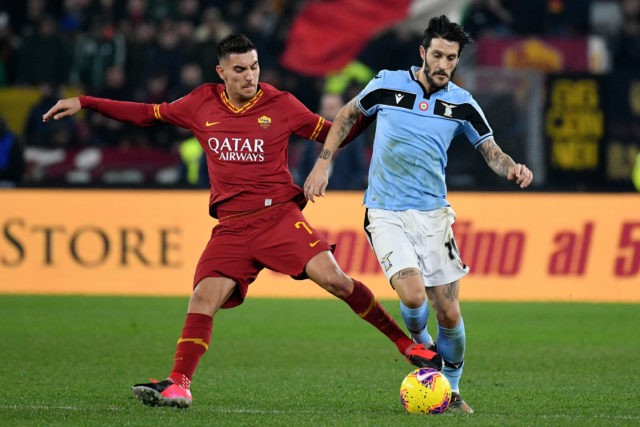 According to reports from Foot Mercato (h/t GFFN), Paris Saint-Germain are showing keen interest in signing Lorenzo Pellegrini from Italian club AS Roma.

The report claims that PSG Sporting Director Leonardo is reportedly in talks with the 23-year-old midfielder.

The French giants are in regular contact with the player’s agent.

Pellegrini, who joined Roma in 2017, has established himself as one of the key players for the club. He is a highly-rated midfielder and has a release clause of £27million.

The 12-time Italy international is also reportedly wanted by Everton and it remains to be seen whether Carlo Ancelotti makes a move for him this summer.

Calciomercato reported last month that the Toffees are heavily interested in signing him as Ancelotti is keen to bolster his midfield.

Since Ancelotti took charge of Everton, the Toffees have been linked with a host of players from Serie A. The likes of Allan and Dries Mertens have been frequently linked with a move, and it seems Pellegrini is also in Ancelotti’s wish-list.

However, with PSG entering the scene, Everton must act quickly if they are serious about landing him.