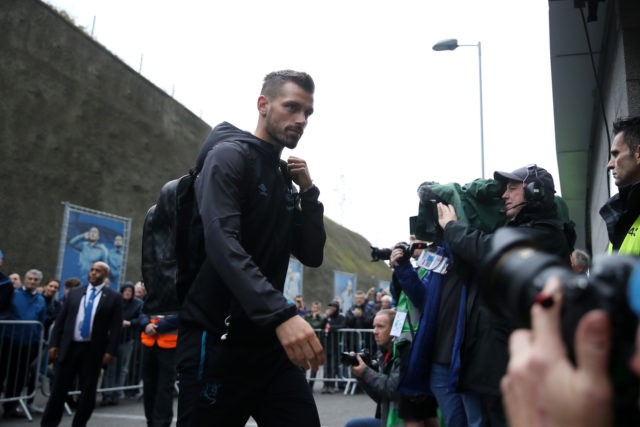 It seems Morgan Schneiderlin is heading out of Goodison Park in the next few days.

According to reports from the Liverpool Echo, the midfielder has already passed his medical with French outfit Nice.

However, the Toffees still have to agree a deal with the French club.

The report claims that Everton are ‘locked in negotiations with the Ligue 1 club’, and they are expecting to reach a deal within the next 48 hours to sell Schneiderlin.

The French midfielder, who is on £100k-per-week wages at the club, joined the Blues in January 2017 for £20m from Manchester United.

Everton are expecting to pocket a small transfer fee given he will be into the final year of his contract from next month.

The 30-year-old defensive midfielder has made 15 appearances in the Premier League this season. He has made 70 appearances for the Toffees in all competitions for Everton since joining the club.

Nice’s sporting director Julien Fournier has said: “Morgan Schneiderlin should sign on Monday, he has passed his medical, we are waiting for Everton’s signature.”

The potential departure of Schneiderlin is another indication that Everton should be looking to sign another midfielder during the summer transfer window.