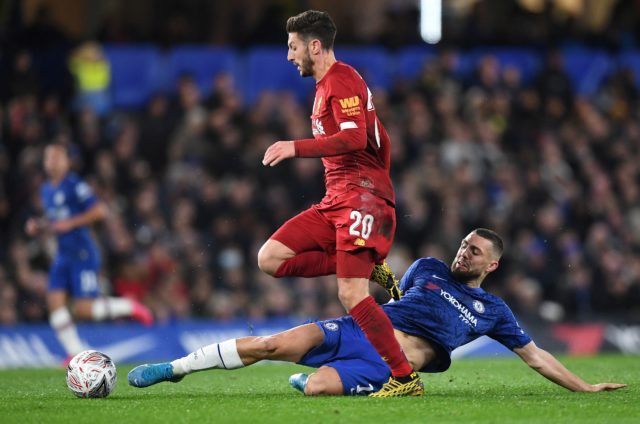 The impact of Coronavirus is affecting the business of football and the global economy as a whole.

While it is still unclear when football will resume again (if at all), clubs all over Europe could face difficulty in the transfer market due to financial problems.

According to some experts, there won’t be many blockbuster signings in the next transfer window. Clubs will rather look out for players who are available on free.

According to reports from The Athletic, Newcastle United are aiming to follow that route and have already earmarked three potential targets. One of them is Liverpool’s Adam Lallana, with the other two being Chelsea striker Olivier Giroud and AFC Bournemouth’s Ryan Fraser.

Lallana, who joined Liverpool in 2014 and won the Champions League title with the Reds, will be a free agent at the end of the season. He has been a very good servant for the club, having managed 178 appearances for the Reds in all competitions.

However, the 31-year-old attacking midfielder has dropped down the pecking order at the club, and Liverpool aren’t keen on renewing his deal.

Lallana would be a very good signing for the Magpies. He is a versatile attacker and Steve Bruce admires his talent. While matching his £110k-per-week wages won’t be a problem for Newcastle, they are likely to face strong competition for him from a host of Premier League clubs.