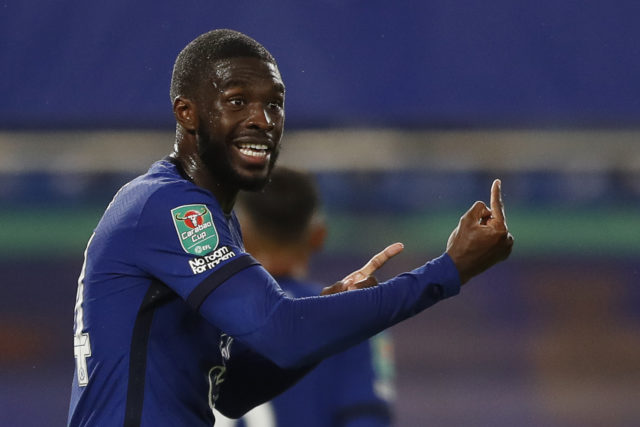 According to reports from The Athletic, Newcastle United are monitoring the situation of Chelsea defender Fikayo Tomori in the January transfer window.

The Magpies boss, Steve Bruce, is looking to sign one or two players this month, and Tomori could be an option on loan for the Magpies.

Tomori made 22 appearances for Chelsea last season and he looked set for a big future at the London club.

The 23-year-old, however, has struggled for regular game time in 2020-21 and has managed only three games in all competitions so far, including a substitute appearance in the Premier League.

His situation hasn’t changed despite a knee injury to Andreas Christiansen.

He is surplus to requirements under Frank Lampard and the player is keen to move on. Tomori is desperate to play regularly and plenty of clubs are monitoring him.

Chelsea would be open to sending him out on loan, preferably to a Premier League club.

Tomori has been heavily linked with a move to Leeds United, but it seems the Whites are not interested in signing him.

Leeds boss Marcelo Bielsa could look to add a defender in January after losing Robin Koch to a long-term injury last month. The German is set for around three months on the sidelines after undergoing knee surgery, while Diego Llorente and Liam Cooper are also out injured.

Bielsa is adamant about sticking with his current options. With Leeds out of the running, it remains to be seen whether Newcastle make a formal move to sign the Chelsea defender this month.