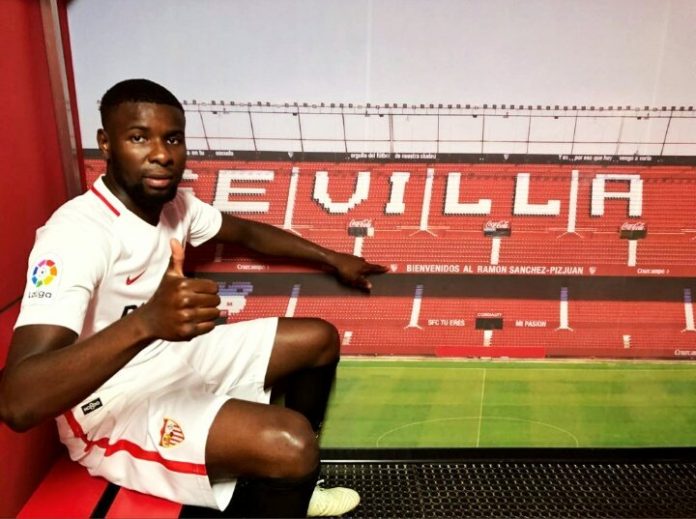 According to reports from Spanish newspaper El Mundo Deportivo, Newcastle and Fulham are keen to sign Sevilla midfielder Ibrahim Amadou, in the January transfer window.

The 25-year-old joined the La Liga outfit from Lille just last summer for a fee of £9 million, but the Frenchman has struggled to make a strong impact. He has made just two La Liga starts for Pablo Machin’s side, with injuries restricting his involvement.

However, he was brilliant in Sevilla’s 2-0 win against Barcelona in the first leg of the Copa Del Rey semi-final on Wednesday. His performance has drawn attention of Premier League duo – Newcastle and Fulham.

The report claims that that the Frenchman is keen to remain at Sevilla for now, and therefore he will reject the chance to move to the Premier League.

Both Newcastle United and Fulham are fighting to avoid relegation this season, and Amadou would be a very good signing for them.

Fulham have struggled badly in the league and find themselves 19th in the table. Newcastle are just two places above them.