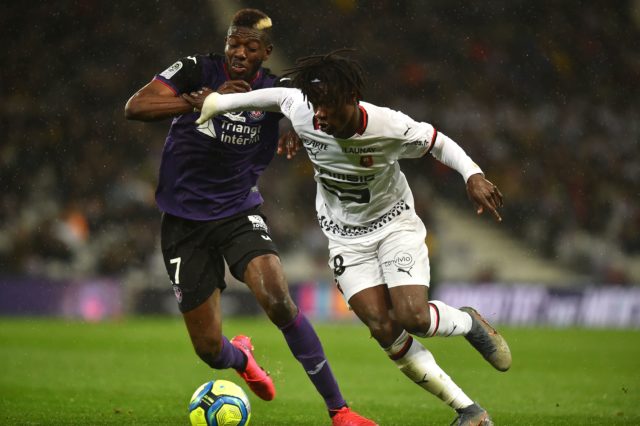 According to reports from the Express, Everton and Newcastle United are weighing up a move for Toulouse midfielder Ibrahim Sangare in the next transfer window.

The report claims that both the Premier League clubs are ‘at the front of the queue’ to sign the midfielder. They are ‘exploring the prospect of a deal’ for Sangare who is valued at around £22m.

Both the Premier League clubs have been following him closely for over 18 months and could make a move for the Ivorian following Toulouse’s relegation from Ligue 1.

He now looks almost certain to leave the club, and would be a fantastic signing for both Everton and Newcastle.

French Prime Minister Edouard Philippe announced earlier this week that no sporting events will take place till September. Paris Saint-Germain have been awarded the Ligue 1 title based on the current standings, while Toulouse have been relegated to Ligue 2 after being cemented to the bottom of the table.

The 22-year-old is predominantly a defensive midfielder, and he has been one of Ligue 1’s best young midfielders over the past couple of years.

He is very good at tackling and is often used as a no 6 to break up opponents’ attacking moves. He reads the game nicely, and is equally comfortable with ball at his feet.

Sangare would be a very good signing for both Everton and Newcastle, but whether they would be willing to match his asking price remains to be seen.