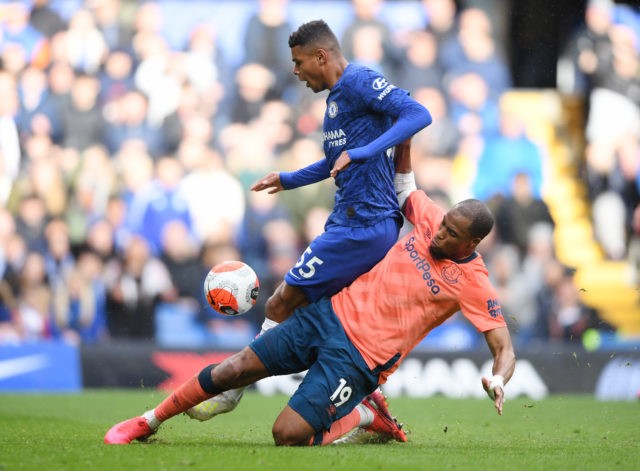 According to reports from L’Equipe (h/t Sport Witness), the Ligue 1 outfit are desperately in need of money, and as a result, are ready to lower their asking price so that Sidibe can move to Everton permanently.

The 27-year-old joined the Merseyside club on loan last summer and has made 21 appearances in the Premier League.

Sidibe has a €14m release clause in his contract, and it is a reasonable price that Everton should not have any difficulty in matching, should his loan spell turn out to be a success.

Everton need a right-back this summer as they want another quality defender who can provide competition for captain Seamus Coleman.

Sidibe has endured a mixed campaign for the Toffees. He was very good in some games and was equally poor at times. The consistency was lacking in his game, but that can be excused given it was his first exposure to the Premier League.

Now, Everton have been given an extra incentive by Monaco to sign the defender permanently by reducing the asking price.