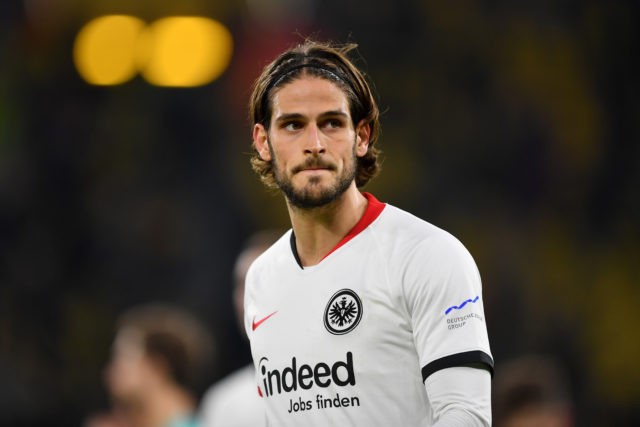 Dominic Calvert-Lewin has seen a massive transformation in his game since Carlo Ancelotti replaced Marco Silva as the club’s new manager.

The 23-year-old has emerged as a key player under Ancelotti and has played a massive role in Everton’s resurgence.

He has scored 13 Premier League goals and has been rightly rewarded with a long-term deal at the club.

However, Calvert-Lewin could have lost his way had Silva been still in charge.

According to reports from The Athletic, Silva liked Calvert-Lewin, but he felt his skill set wasn’t ideal for Everton’s system.

The report claims that Silva, before his exit in December, had been weighing up a move for another striker after missing out on Mario Mandzukic.

Cenk Tosun was way down the pecking order at the club while Moise Kean hardly made any impact.

Everton considered Eintracht Frankfurt’s Goncalo Paciencia as an option. The report adds that the Portuguese forward’s price tag and salary were ‘both agreeable to Everton’  but ‘there was never quite total unanimity’.

The 25-year-old striker has managed seven goals and three assists in 15 starts for Frankfurt this season.

Calvert-Lewin has thrived in the 4-4-2 system and has been simply brilliant under Ancelotti.

While Everton could still be looking to sign a new striker in the summer (the likes of Tosun or Keane or maybe both could be sold), chances are very low that the Toffees would reignite their interest in Paciencia.