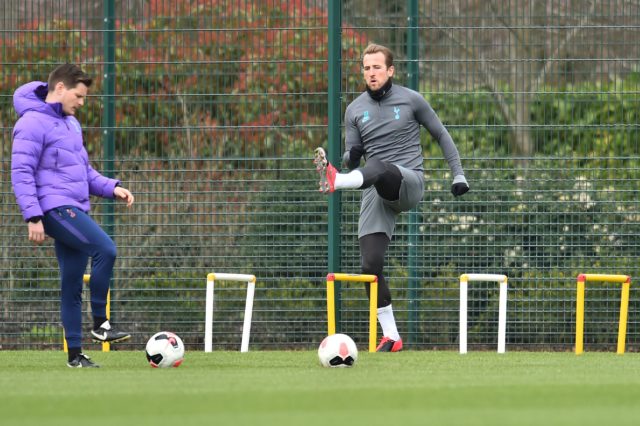 According to reports from The Athletic, Manchester United will struggle to sign Tottenham Hotspur striker Harry Kane in the summer transfer window.

The 26-year-old is arguably one of the best strikers in the world, and he would be a sensational signing for the Red Devils. However, Manchester United probably won’t be moving for Kane this summer.

The report claims that United would only move for the England captain if Kane makes his desire to depart abundantly clear. Kane, who has a contract at Spurs till 2024, is unlikely to take that option.

According to Laurie Whitwell, United recently ‘fielded an inquiry’ about their possible interest in Kane should he be available on the market.

The Athletic has revealed that Kane’s name was absent from the list of summer targets drawn up in February by now-manager Ole Gunnar Solskjaer.

Kane is a supreme centre-forward who has scored 181 goals in 278 Tottenham games. He has also scored 32 goals in 45 matches for England.

However, Kane would cost in the region of £150 million. United have had a bad experience of dealing with Daniel Levy in the past (the Dimitar Berbatov transfer saga), and they probably don’t want to take the risk again.

United do have the funds to sign Kane, but the money could be better spent elsewhere in rebuilding the squad.