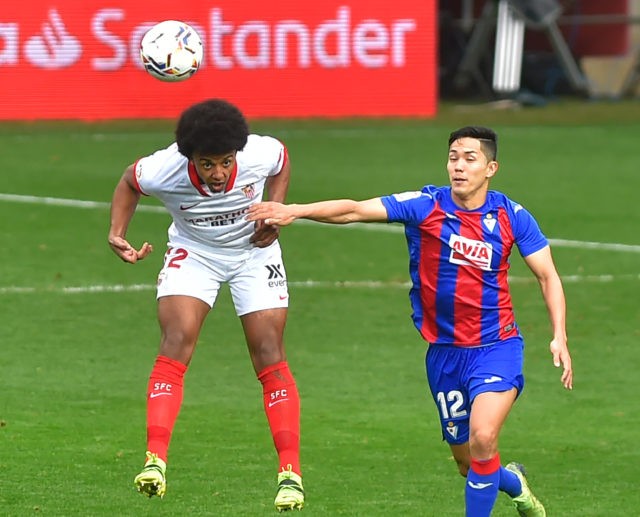 According to reports from The Mirror, Manchester United are plotting a summer move to sign centre-back Jules Kounde.

Ole Gunnar Solskjaer is looking to bolster the United defence in the summer transfer window and has earmarked the 22-year-old French centre-back as his first-choice transfer target.

European heavyweights Bayern Munich, Juventus and Real Madrid are all tracking Kounde. Barcelona and Atletico Madrid are also interested in signing him.

Kounde joined Sevilla from Bordeaux 18 months ago for a fee of £22 million. He has grown into a key player for the La Liga side, and it would now take around £60m to lure him away from the Andalusian club.

Solskjaer has Victor Lindelof, Eric Bailly and Axel Tuanzebe as other options at the back, but he is still looking to sign a quality centre-back to partner Harry Maguire.

Finding a reliable partner for Maguire has become a priority for the Red Devils boss, and Kounde fits the profile of the type of players the club are determined to recruit.

United watched him during Seville’s 2-1 Europa League semi-final win over them in Cologne last August. Blessed with pace, his athleticism, positional acumen and reading of the game are some of the qualities that have impressed top European clubs.

He is considered as one of La Liga’s most promising defensive talents, and it seems United are ready to pay a hefty transfer fee to sign him.