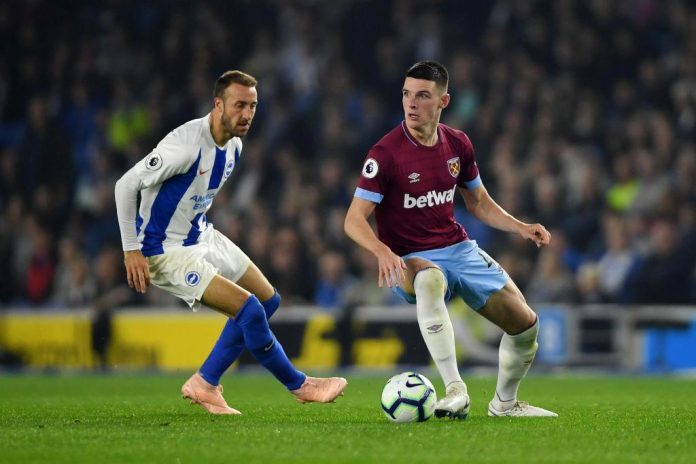 According to reports from The Sun, Premier League champions Manchester City haven’t given up on the idea of signing Declan Rice from West Ham United.

The 19-year-old has emerged as one of the best young talents in the country after establishing himself as a competent holding midfielder under Manuel Pellegrini this season.

After many rounds of discussion, Rice finally penned a new deal last month, that will see him earn £30,000-a-week. Pep Guardiola has been a keen admirer of his talent, and the Spaniard wants him as a long term replacement of Fernandinho.

Guardiola is in the hunt to find a young successor for the brilliant Brazilian midfielder, and sees Rice as a perfect player to carry out that role.

The report claims that the Man City boss and his coaching staff at the Etihad are impressed with Rice’s progress. City are lining up a move for the youngster despite him signing a new deal last month.

Rice is highly rated by the club, and it will take a bid of over £50 million to tempt West Ham into selling their prized asset.