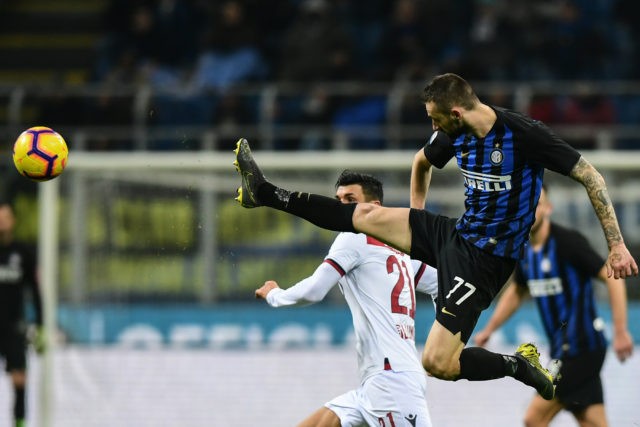 Liverpool are well-stocked in their midfield region but could Jurgen Klopp be tempted to sign a quality player to bolster the area?

Adam Lallana is all set to leave the club and there could be an opening for a new arrival.

Georginio Wijnaldum’s current deal runs out next summer but Liverpool are close to agreeing a new contract which will see him stay at the club till 2024.

Inter Milan reportedly wants the Dutch midfielder but he remains a big part of the club’s plans moving forward.

Liverpool have the likes of Alex Oxlade Chamberlain, Naby Keita, Jordan Henderson, Wijnaldum, Fabinho as central midfielders, while the versatile James Milner can play there.

The Reds have have high hopes for Curtis Jones who is a very talented young central midfielder.

However, it seems Liverpool are still interested in signing another midfielder with Jurgen Klopp identifying Inter Milan’s Marcelo Brozovic as a potential option.

According to reports from the print edition of Libero (h/t The Express), Liverpool are in talks with Brozovic’s agent over a potential move.

The 51-times capped Croatian international has been the first choice under Antonio Conte this season.

He has started in 23 of Inter Milan’s 26 Serie A appearances, scoring three goals.

Brazovic has a release clause of £52m and Inter are opening negotiations over a new contract to remove the clause in his contract.